Walnuts are one of the most used tree nuts throughout the world for their wide range of applications in the culinary, commercial, cosmetic, and medicinal world. Walnuts are part of the tree nut family. This food family typically includes cashew, hazelnuts, macadamia nuts, pine nuts, pecans, pistachios, walnuts, etc. Walnut trees are a genus of about twenty species of deciduous trees native to North and South America, Southern Europe, Asia, and the West Indies. The walnut is the fruit of the walnut tree although it is not a true nut and is classified as such as all fruits that have an edible seed inside a hard shell are referred to as such. Walnuts are known as Akhrot in Tamil, Akrotandi in Malayalam, Aakrot in Telugu, and Akhrot in Hindi. Buy akhrot from reputed sources to get the best quality ingredients.

Depending on the variety, the walnut is a truly rounded fruit with a hard and wrinkled shell that is reddish-brown in colour. It is formed by two valves that are divided into two or four sections that contain the kernels of the fruit. These kernels are slightly irregular in shape, light yellowish in colour, and covered in thin brown skin. This kernel occupies all the space inside of the fruit and is considered as the edible part of the walnut. They have a mildly sweet taste that remains on the tongue after it is consumed. Walnuts are commonly marketed with the shell. Large-sized walnuts are usually tasteful, well dried, and have very less moisture content. These are considered the healthiest variety of walnuts. Small-sized walnuts are used mainly for decoration in the cosmetic industry and are also used mainly in the confectionery industry. Different varieties of walnuts are determined according to the seed, their distinct paleness, and their taste. When you buy akhrot or walnuts make sure to buy the variety that most suits your needs.

The tree that produced the walnut fruit is commonly known as the walnut tree and belongs to the botanical family of the “Juglandaceae”. It requires certain specific conditions to be met for its consistent and optimal growth. The walnut tree is very vigorous and may reach up to 30 m in height. It stays erect in the first 40 years of its lifespan after which it starts to hang. Walnut trees are generally deciduous trees that have a rounded and elevated crown. The trunk remains straight and is covered by a thick bark that is grayish. The young branches are typically dark red and the old ones are cracked and brown. The root system is pivotal with a development in the surface of horizontal roots. Both the horizontal and the vertical roots are spread throughout the tree. The leaves are typically large, opaque green in colour, and have a strong unpleasant smell. Each leaf consists of around 5 to 9 leaflets called folioles which are generally whole. Masculine and feminine flowers can be easily distinguished in walnut trees. The masculine flowers are arranged in catkins which range from 6 to 8 cm. They are generally isolated and are brownish-green in colour. They are usually free of leaves during the flowering process. The feminine flowers remain solitary or are in groups of one to five, in terminal spikes. Buy akhrot from stores that source it from farms that grow it in standard conditions. There are so many interesting things you may not have known about walnuts. Let us look at some of these 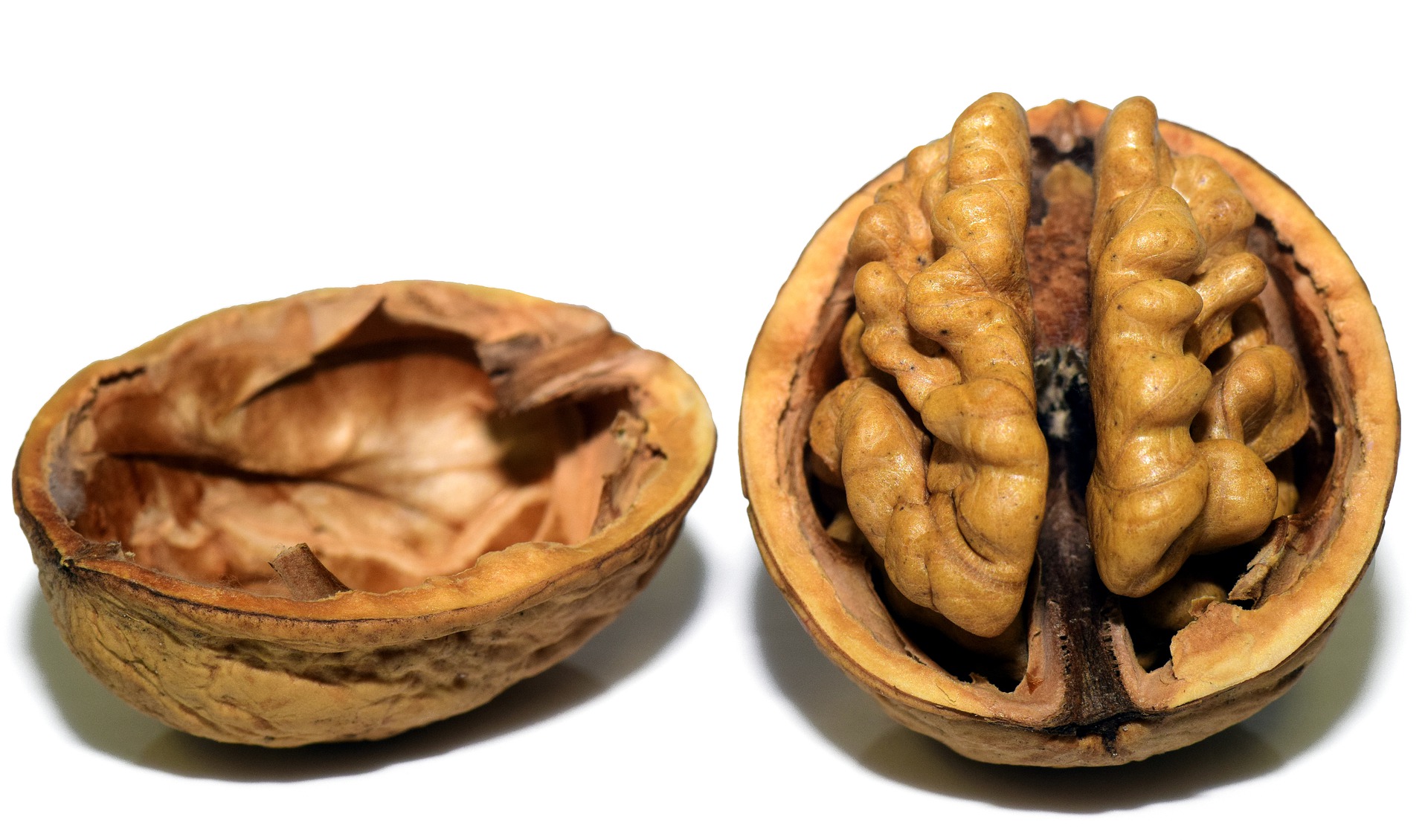 1. The History of Walnuts

The walnut tree is one of the oldest of its kind and has been known to man for more than 10,000 BC. Its origins are in Central Asia but it was then spread to other continents such as Europe, North America, and South America. Their incredible value as food and medicine helped propagate its fame and name. In Central Asia, walnuts were seen as a symbol reserved for royalty and were priced as such. The Greeks used to call walnuts “the nut of Jupiter” as a way to symbolize their association with the ancient Gods. Walnuts were also regarded as the symbol for intellectuals and new ideas because of the shape of the kernel which resembles the brain. In the early 1900s walnuts were knocked off trees with long poles and heavy mallets whereas today’s technology allows farmers to harvest an average of 30 acres per day with one machine. When you buy akhrot, know that you are owning a tree nut that has immense historical and cultural significance.

Santa Barbara, California is referred to as the birthplace of modern walnut production. In the 1870s the city of California planned to increase the production of walnuts in the state and began orchard planting in the Central California city. The crops thrived due to the Mediterranean-like climate. The mild climate and deep fertile soil were seen as the ideal conditions for the sustained growth of the crop. 80% of the world’s walnuts are grown in California’s Central Valley. California is home to around 3,25,000 acres of walnut orchards. California is estimated to grow around 1 billion pounds of walnuts every year. Buy akhrot from reputed stores and vendors to make sure that the walnuts you buy remain in pristine condition for a long time.

There is an infamous world record involving India and walnuts. In August 2017, Prabhakar Reddy P crushed 212 walnuts by hand in a single minute to break the previous world record. Interestingly, the previous year, Muhammed Rashid from Pakistan cracked 181 walnuts using his head in a minute. Buy akhrot and incorporate it into your favourite dishes for its trademark crunch. 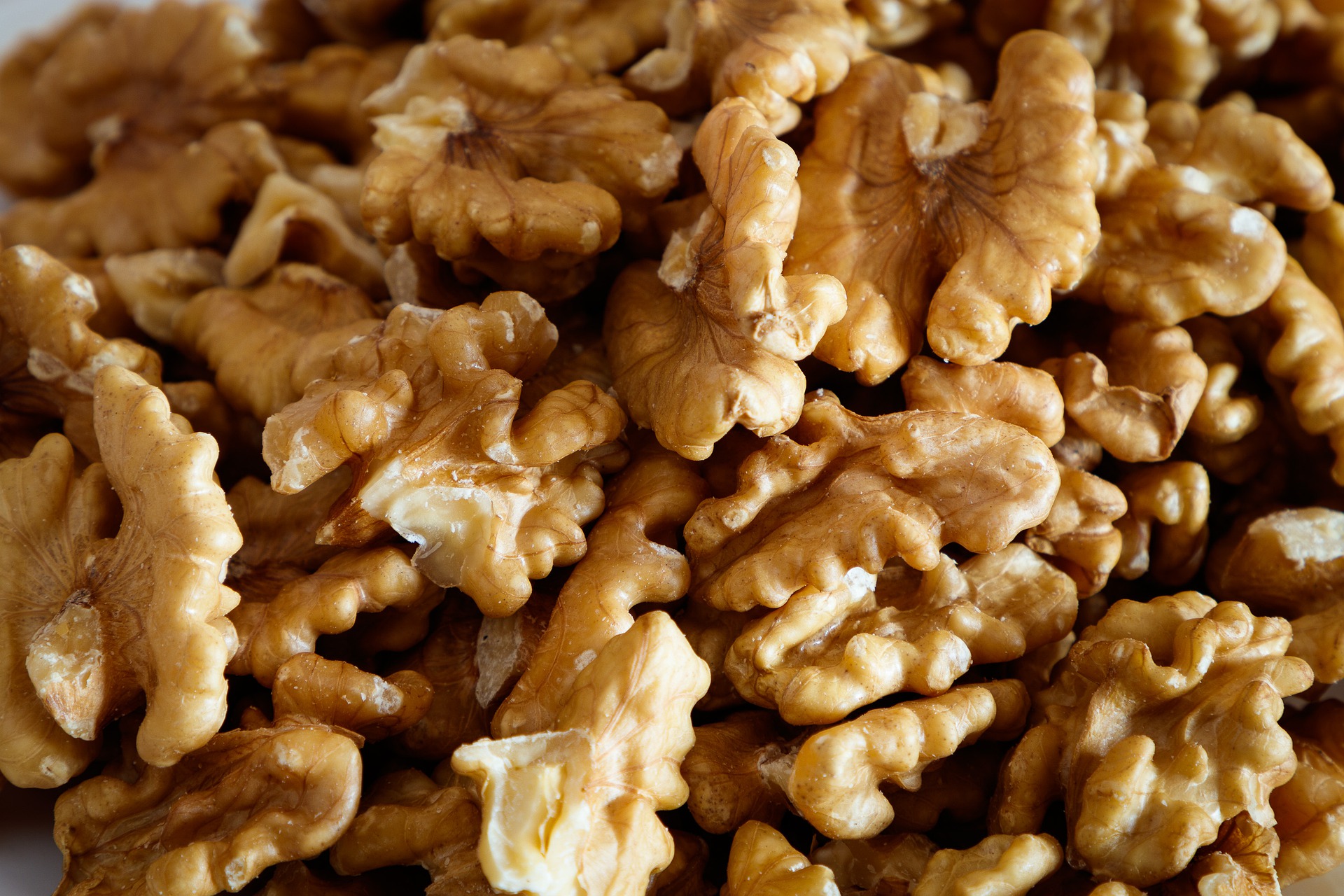 4. The Correct Way of Storing it

Many people tend to keep their walnuts in the pantry or food shelf but they are actually best stored in the fridge or freezer. Once it is open, put them in an airtight container and store them in the freezer to extend their shelf life. Most people assume that keeping walnuts in the pantry is the correct way when it could be prone to rot, degradation, etc when exposed to such conditions. Buy akhrot and store it in appropriate conditions to extend its shelf life.

Walnuts are also highly nutritional and offer several health benefits when consumed. Walnuts are found to be high in antioxidants that protect the body from foreign invaders and protect the body from oxidative damage. It also helps in regulating and reducing one’s weight by suppressing your appetite and filling your caloric needs. Certain nutrients found in walnuts such as polyunsaturated fats help reduce oxidative damage and inflammation as it occurs in your brain. Walnuts are also packed with certain essential vitamins, fiber, fats, plant compounds, calories, etc which promotes healthy ageing in oneself. So buy akhrots online or offline and incorporate them into your daily diet to reap the numerous health benefits it offers.