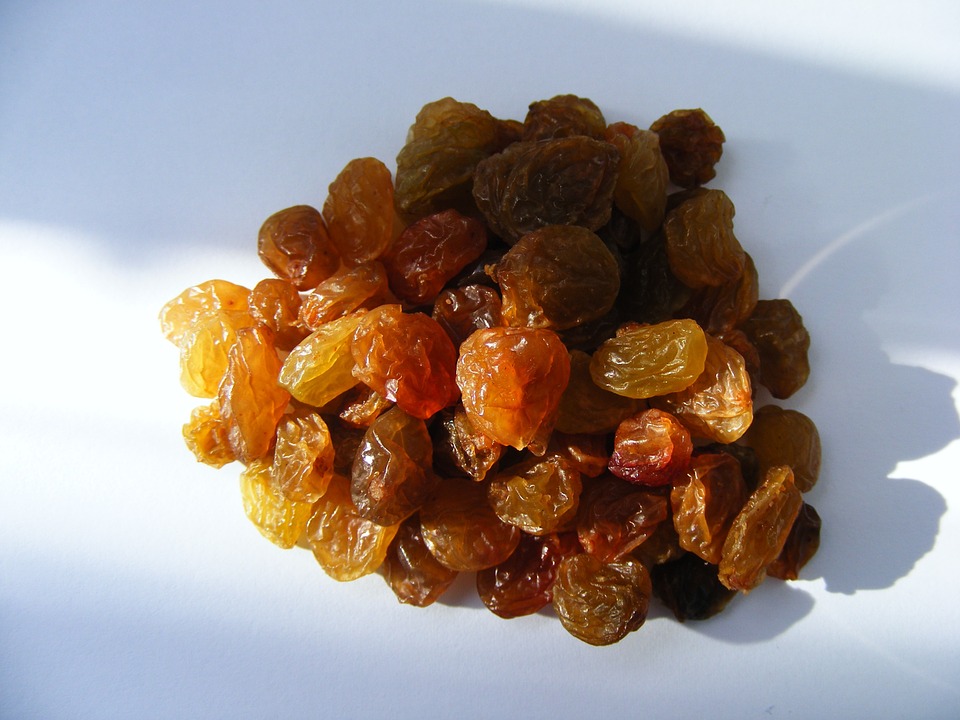 What are Raisins? How is it Used?

Raisins are popular across cultures, countries, and continents due to their unique flavour and versatile applications through various industries. Raisins are the dried fruit of certain varieties of grapes. The variety of grapes used depends on the size and colour of the grapes. Blue, purple, green, black, and yellow grapes are most commonly used for making raisins. Turkey produces the highest number of raisins for the world followed by the state of California in the United States. It is one of the most consumed and used dried fruit globally. Buy raisins online or offline from reputed vendors to get the best quality raisins available.

Raisins are simply sweet grapes that are allowed to dry and shrivel up. Until the Middle Age, raisins were only second behind honey as the most used sweeteners for flavouring food. Raisins are either brown or golden. Brown raisins are typically sun-dried by laying them out in raisin farms or vineyards for around two to four weeks. After the drying process, the raisins are graded, cleaned, and packed for sale in the market. Golden raisins are typically oven-dried with controlled temperatures and are often treated with sulfur dioxide to retain their trademark colour. Raisins were grown as early as 2000 BC in Egypt and Persia and mentions of the fruit have been found in ancient texts as well as religious scriptures such as The Holy Bible. When you buy raisins online ensure that it is sourced from farms that follow the standard means of growing raisins. 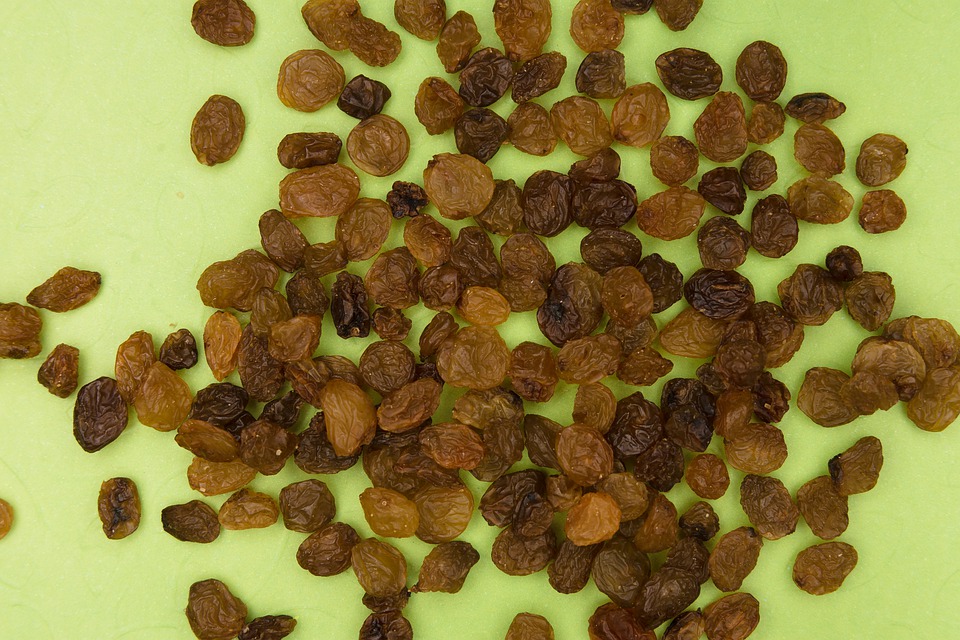 Several varieties of raisins exist such as the Thompson Seedless, a seedless grape that is pale yellow. They are also known as the Sultanina variety of raisins and are typically found in the United States. A large-seeded variety of raisins known as Gordo Blanco is also available in countries such as Muscat, Greece, and Australia. Other popular varieties include the White Hanepoot and the Black Corinth which are commonly found in South Africa and Greece respectively. Several other raisin varieties such as Round Kishmish, Roaski, Dattier, Monukka, and Cape Currant are found throughout different countries in the world. Buy raisins online or from your local grocery store and pick out the variety which most suits your purpose.

Most often brown raisins are used to cook baked goods such as pies, cookies, muffins, cakes, etc while golden raisins are preferred for savoury dishes such as salads, meat dishes, seafood, pasta, curry dishes, etc. Cooking with raisins is simple as they are typically added straight from the package to the recipe of the dish. Depending on the type of dish you wish to cook, you will want to chop, soak or soften the raisins before using them. raisins can be plumped up by simply soaking them in hot water or any sort of liquid that is already used for cooking a dish. It can also be microwaved in water for about 10 seconds to get the desired effect. A clump of raisins can be broken up by rinsing them in hot water and separating them with your fingers after a while. A popular method of hardening raisins is to store them in a jar filled with liquor. This is often done in the beverages industry to instill more flavour to liquors such as rum and brandy.

Raisins are incorporated into baked goods as they sink to the bottom due to their weight. You can heat up your knife to chop the raisins if you wish to do so as it cuts through the dried fruit much easier this way. Raisins should be stored in an airtight container and placed in a cool, dark place to slow down the drying process it undergoes. If you wish to store it for longer than a month, you have to refrigerate it. Buy raisins online and store them in appropriate conditions to use them for longer periods of time. 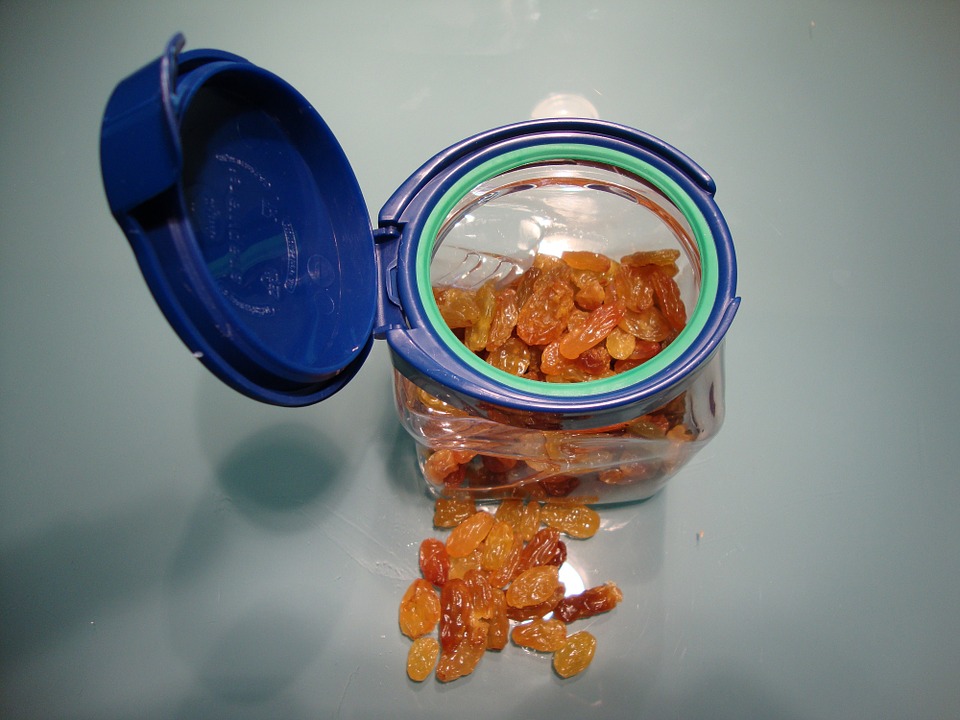 Raisins are also very beneficial for one’s health as they contain several medicinal properties. Raisins aid in digestion and digestive issues as they are rich in fiber. They help remove toxins and wastes from the body and relieve constipation. They are also known to bring relief from issues such as acid reflux, bloating, and flatulence. Raisins also help protect your tooth as the oleanolic acid present in raisins helps protect against tooth decay and cavities. Oleanolic acid also helps in whitening one’s teeth. Consuming raisins also help in improving one’s bone strength and bone formation as they contain calcium and boron which helps absorb nutrients and improve bone density. Raisins are also consumed to help in weight loss. They are rich in fiber which helps the body feel full while also controlling your blood sugar levels. They are great for curbing appetites which help an individual lose weight gradually. Raisins also work well to regulate one’s blood pressure as they contain a high amount of potassium which helps balance the sodium content in the body and helps relax the blood vessels. So buy raisins online or offline and incorporate them into your daily diet to attain the various health benefits it offers.

Raisins are also widely used in the food and beverages industry for their various supplements. Raisins are processed to form pastes and syrups which are added to several commercial products. The paste extracted from raisins is used for fillings of biscuits and used for baking certain varieties of bread. Raisins are also allowed to rest inv various alcoholic beverages such as rum, brandy, etc to incorporate their unique sweet flavour with the beverage.