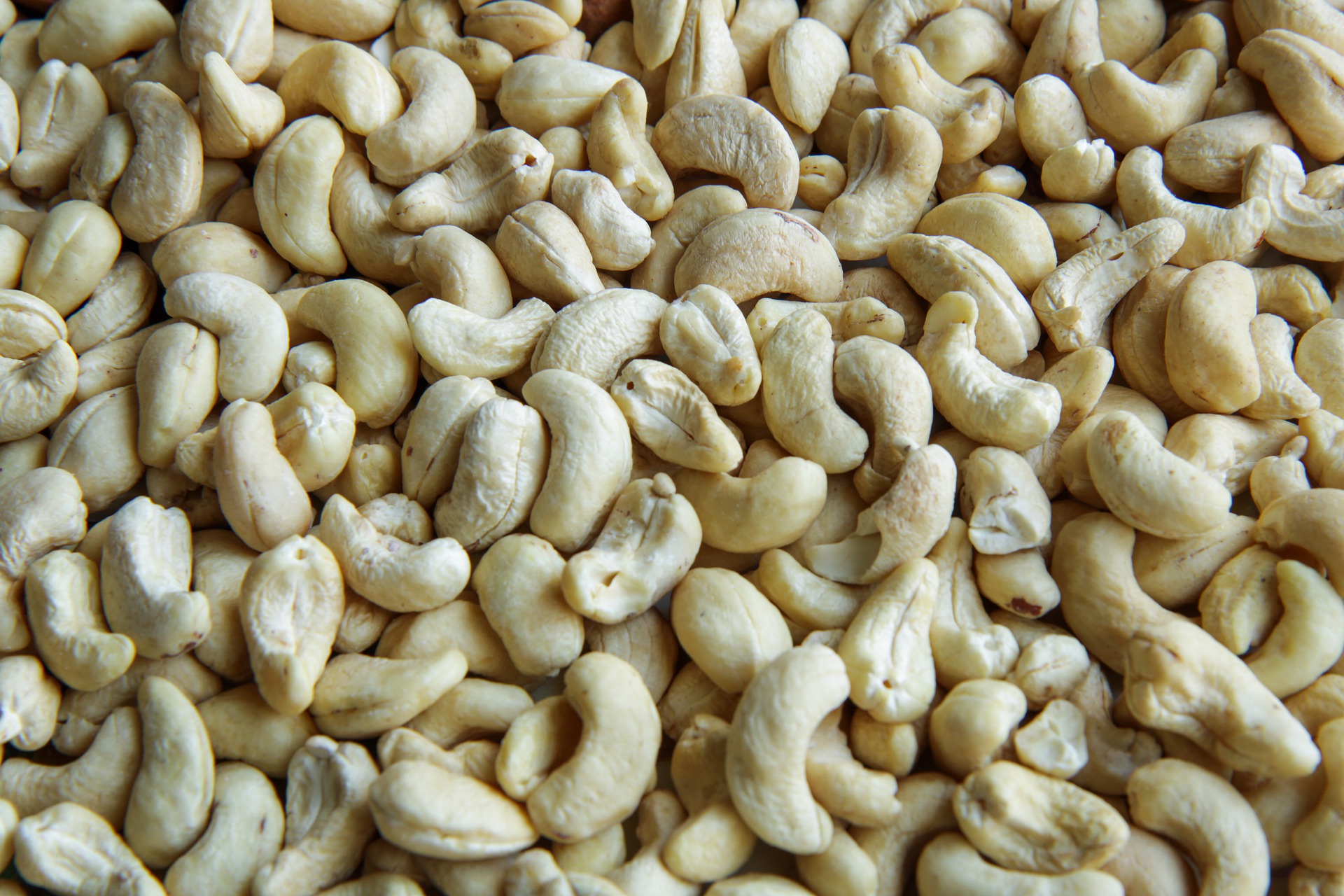 Cashews are a kidney-shaped seed that is grown and sourced from the cashew tree scientifically classified as “Anacardium occidentale”. The Anacardium Occidentale tree is a tropical tree that is native to Brazil but now has been produced and cultivated in various warm climate regions around the world. Cashews are mainly cultivated for their curved seeds which are commonly known as cashew nuts. The edible seeds are rich in oil and have a unique flavour that is used in several cuisines around the world. It is very commonly used in South and Southeast Asian cuisines. In western countries, it is consumed as a standalone premium snack. Cashew is known as ‘Kaju’ in Hindi, ‘kaśuvaṇṭi’ in Malayalam, ‘Muntiri’ in Tamil, ‘Kājū’ in Marathi, and ‘Gōḍambi” in Kannada. When you buy Kaju online make sure that you buy from reputed vendors and sellers.

The cashew plant is estimated to grow up to 12 meters in height around regions with fertile soil and high humidity. The curved fruit known as the cashew nut is shaped like a large bean and can grow up to 1 inch long. The cashew apple is an accessory fruit that is about three times as large as any true fruit and is either yellow or pale red in colour. Cashew apple has two shells wherein the outer shell is smooth and thin while the inner shell is harder and must be cracked like a regular shell of nuts to obtain the edible seed it produces. A brown resin is present between the two shells which are oily in texture and harmful to the human skin. When you buy Kaju online or offline make sure that it is sourced from authentic farms to get the most out of it.

Cashew holds significant economic value as all its components have several uses that are applied in various industries. Cashew is one of the most popular tree nuts worldwide and is often eaten by itself as a snack or incorporated into other dishes as an ingredient. It is estimated that the annual production of cashew nuts is the highest of all the tree nuts with units of 3.5 million tons being produced across several countries around the world. Cashew accounts for 20% of the international tree nut trade. Cashew is an important dry fruit that is mainly used in desserts and confectioneries. Buy Kaju online or from your local store to ensure that you own a dry fruit that is known for its versatile applications. Let us look at some of the interesting things you may not have known about cashew 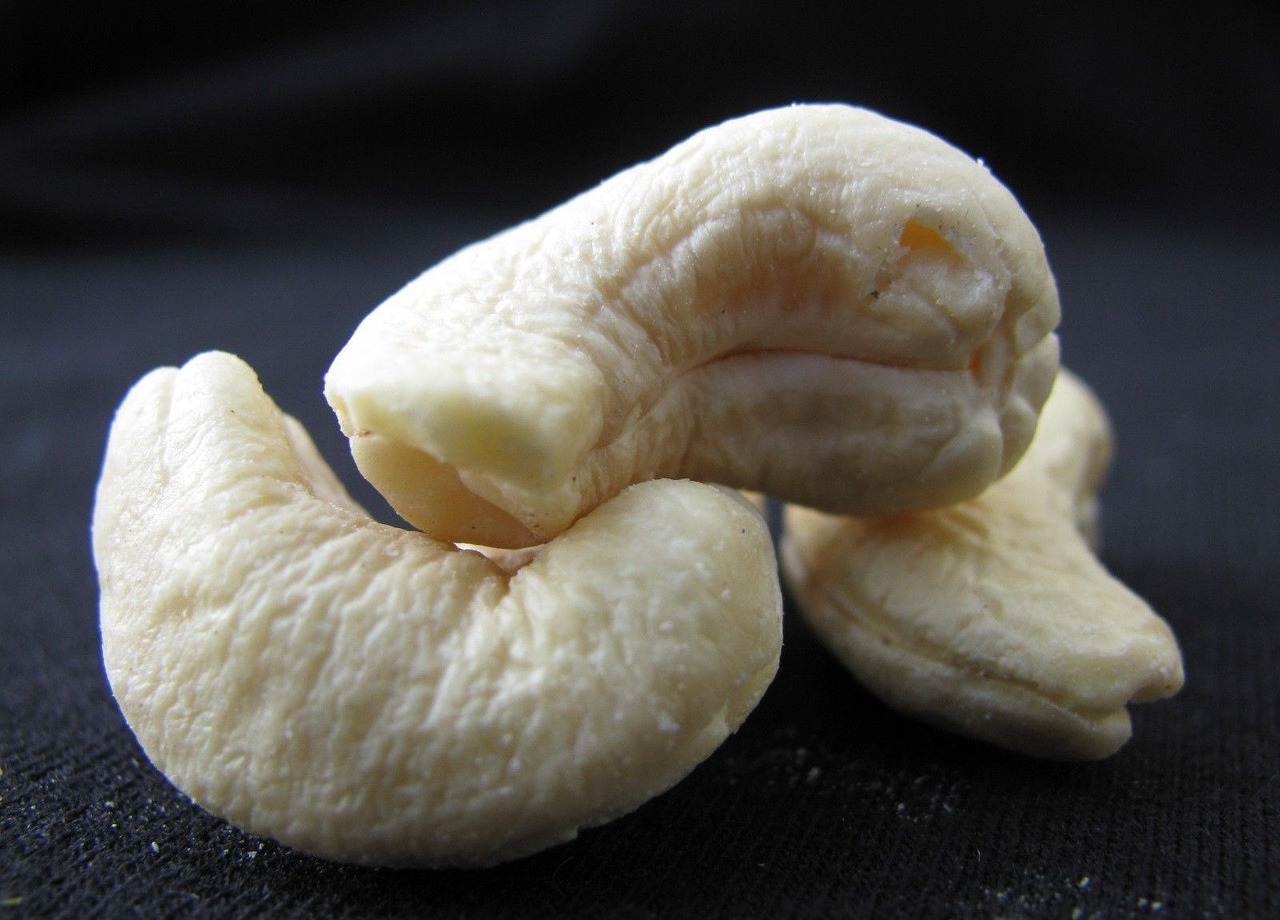 Cashew nut is one of the most popular dry fruits known to man but interestingly it is not actually classified as a nut. Most of the common snacks that we call as a nut is not a true nut. Only the hazelnut satisfies the criteria to be classified as a true nut. Rest of the dry fruits that we call nuts are seeds. Nuts are developed on a plant after the fertilization process. They simply mature and harden as they got older. The dry fruits we tend to call nuts to develop a fleshy fruit that is dried and removed. The cashew is not a nut but rather a seed although it is slightly different in the way the fruit develops compared to other similar snacking seeds. Buy Kaju online or offline and ensure that you buy from trusted vendors so that you get the highest quality ingredient possible.

2. The Rich History of Cashew

The cashew tree is native to Brazil although it made its way to India between 1560 and 1565 when Portuguese sailors brought the good to the island of Goa. The nut thrived in its new climate and was then largely cultivated by the locals. Wide cultivation of cashew eventually spread throughout Southeast Asia and Africa. The cashew reached the United States in around 1905 and gained popularity when the General Food Corporation started to ship them regularly to the United States and Europe as a result of which there was an overwhelming amount of supply for cashew. Cashew became popular throughout the world by 1941 when several countries imported cashews totaling about 20,000 tons from India annually. When you buy Kaju online or offline you possess a nut that holds high historical and cultural significance.

Cashews are highly nutritious foods that contain almost all the nutrients and vitamins that an average human needs. Cashews contain around 553 calories and contain around 21% protein, 46% fat, and 25% carbohydrates. They are also packed with essential minerals such as calcium, magnesium, iron, phosphorus, potassium, zinc, and copper. Cashews also contain a host of vitamins such as vitamin C, vitamin B1, vitamin B2, vitamin B3, vitamin B6, vitamin E, and vitamin K. So buy Kaju online or from a local grocery store and consume it in moderation to gain all the essential nutrients, minerals and vitamins it provides. 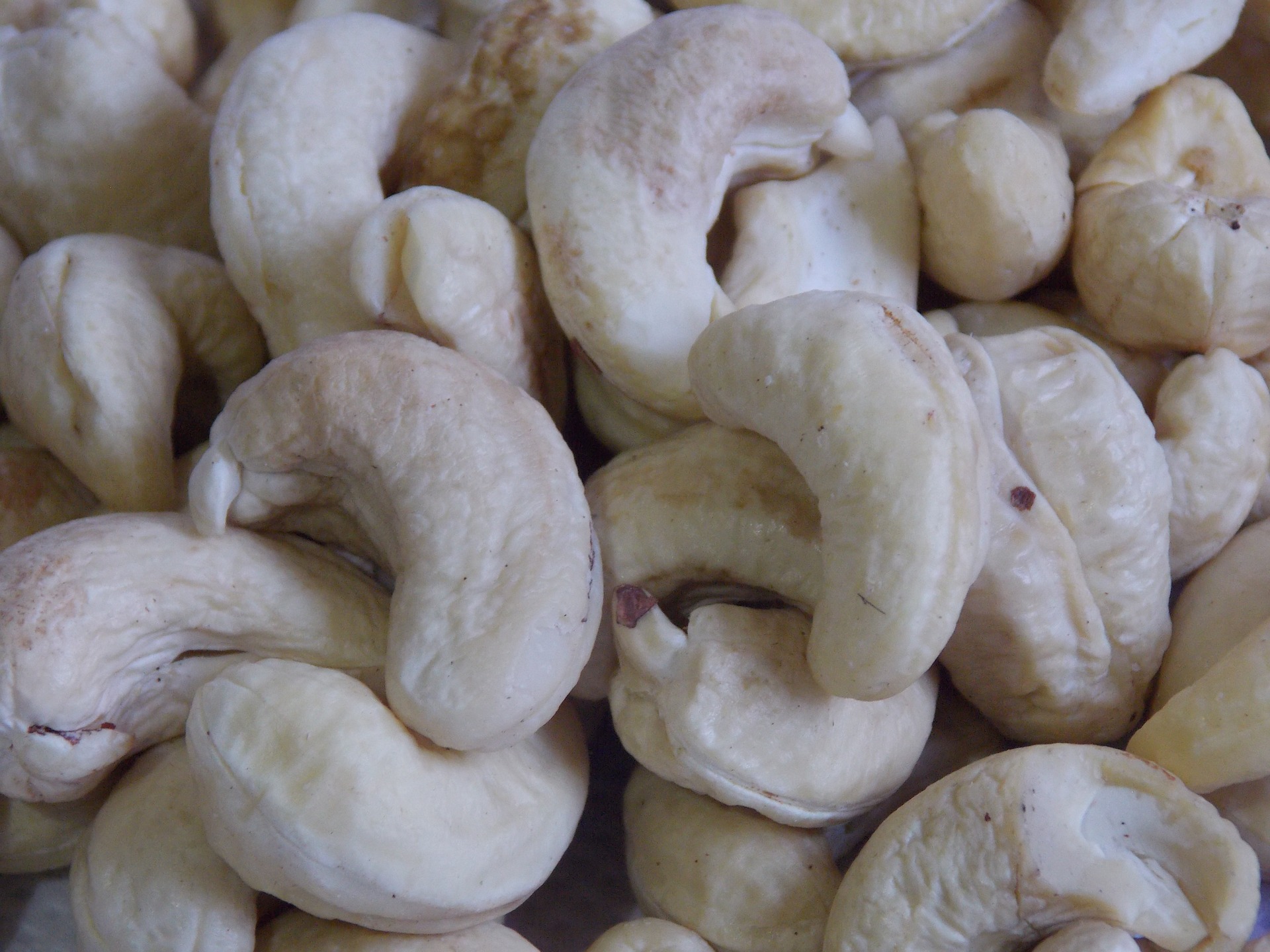 Cashews provide various health benefits that aid in improving your general health. They provide various health benefits that help prevent diseases and improve your overall quality of life. Consuming cashews can improve your heart health, improve nerve and muscle functions, aid in the formation of red blood cells, and improve oral and bone health. They are also found to be good for your eyes and slows down the aging effects on the eyes. They also help regulate blood sugar levels, increase fat oxidation and boost the immune system.

5.  Has A Wide Variety of Industrial Applications

Cashew is used in various sectors of different industries due to its several uses. The oil that is extracted from the cashew seeds is used in the construction and real estate industry wherein it is used to surface coatings, paints, wood coatings, varnishings, etc. Cashew nut shells provide energy in different ways and can be in solid or liquid form. It can be produced into bio-crude also known as cashew nut shell liquid. Cashew nut shell liquid is a powerful bio-oil whose calorific value can be compared to that of petroleum oils. When extracted, the oil can be used to produce a cake that has less energy but can be used as a fuel for energy generation.