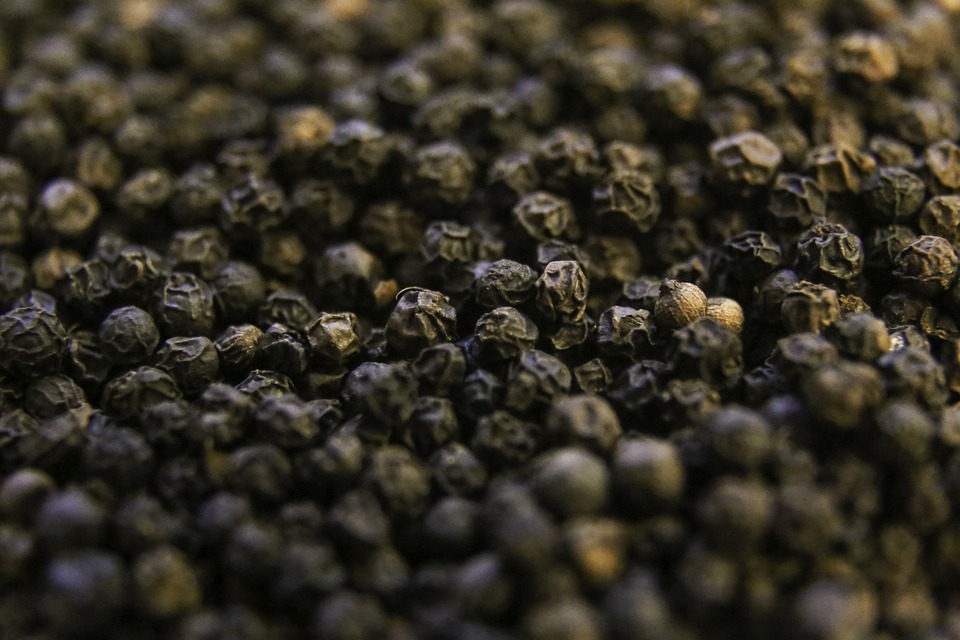 How are black peppercorns harvested, processed and produced?

If you were let to have a single spice alone in your kitchen, the never-failing answer would be none other than this vintage spice named the black peppercorn. From authentic masala chai to the much-publicized Mexican seasoning, the black peppercorn is the most distinguished ingredient one can ever clap his eyes on in any appetizing and highly-flavored cuisine. A pinch of this hot black peppercorn powder is known to have a multitude of science-backed benefits as well.

Read on to know more about how this amazing “King Of Spices” is harvested, processed, and produced to your dining buffet. 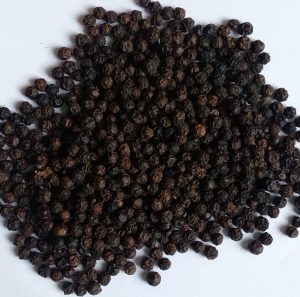 Quality Black PepperCorn Is More Than Just A Kitchen Staple

With an herbaceous biological name, Piper Nigrum, it is a flowering vine and belongs to the family named Piperaceae, this spice is cultivated for its fruit – the peppercorn. Spice and seasoning are the key reasons for cultivation. Being native to the Kerala state in South India, the black peppercorn profoundly known as Tellicherry black pepper has found its use in ancient times in Ayurvedic medicine due to its rich consolidation of plant compounds.

Teeming the benefits of black pepper use in cuisine preparation as well as in traditional medicine, black peppercorn has a lion’s share in being the world’s most traded spice and this spiciness comes from the chemical compound within, known as piperine.

This potent spice named black peppercorn is also backed by science to have a number of health benefits as well. Let us take a look at the key ones below: 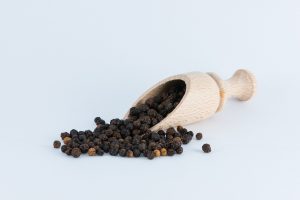 Diseases like arthritis, cardiovascular, diabetes as well as cancer can cause symptoms such as chronic inflammation in your body. The active compound named piperine in black peppercorn has the ability to suppress the inflammation that arises due to such diseases and also in reducing inflammation caused due to asthma, seasonal allergies, and many other pressing concerns.

Alzheimer’s and Parkinson’s diseases give rise to symptoms that form part of degenerative brain conditions. The anti-oxidant rich piperine extract involved in black peppercorn led to a decrease in the production of amyloid plaques, which are clusters of damaging protein particles in the brain that have been connected to Alzheimer’s disease. 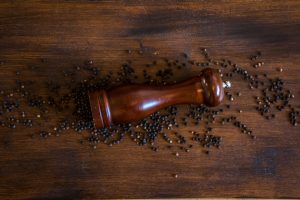 Piperine is known to improve the metabolism in blood sugar levels. Piperine tends to improve insulin sensitivity, that is, piperine compound in black peppercorn removes glucose measures in the bloodstream. Additionally, it also has the potential to reduce LDL or bad cholesterol levels.

Black peppercorn is also known to reduce appetite, offer pain relief, promoting gut health, and in boosting the absorption of essential nutrients such as calcium, selenium, and so on.

If the amazing spice called black peppercorn has to reach your dining table, it has to first go through three different phases- Harvesting, Processing, and Packaging.

Harvesting – Harvesting requires to be carried out at the right stage of its maturity. The pepper spikes are handpicked from 6-8 months after its flowering. The pungency of these peppercorns matures throughout its maturity phase. These berries from the spikes that turn orange or red need to be harvested. 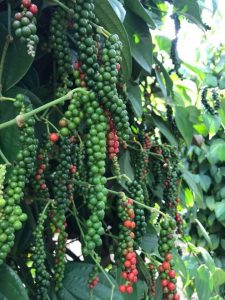 Fermentation – Berries are fermented by laying them down in the sun. An enzymatic reaction takes place when the oxidation of phenolic compounds in these berries turns them into a black color.

Threshing/ Sorting – The pepper berries are now removed from their spikes either using a stick or using hands. The larger pieces of the stems are picked out and smaller ones are removed with a winnowing basket.

Washing – The berries are washed and made clean in cold water. The berries that float cannot be used for culinary purposes.

Blanching – Blanching is the process of immersing the berries in hot water for around 10 minutes. This is performed until the color changes to green. This process improves the enzymatic reaction of the berries and also to improve the pace of berry drying.

Drying – Drying is to prevent mold growth as it can reduce the pepper value. Pepper is laid down in thin layers for fast drying for 5 to 12 days in the sun. There are artificial dryers that operate below 50 degrees Celsius that helps in avoiding loss of potent components.

Winnowing And Grading – Winnowing baskets and sieves are used to remove dirt particles. Additionally, there are winnowing machines available that can be used for larger-scale production. 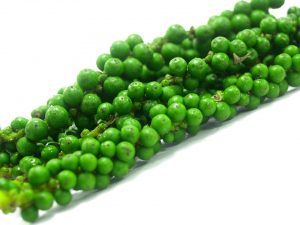 Packing And Storage – Black peppercorns are stored in air-tight containers to preserve its potent flavor and qualities and also to prevent moisture and mold growth. Polypropylene will suit the requirement rather than polythene material to preserve flavor. There are also heat electric machines to seal for a perfect sealing finish rather than using a flame because this method can look untidy. 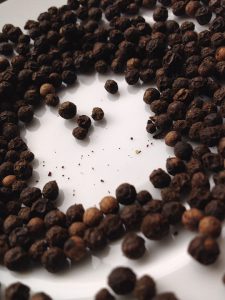