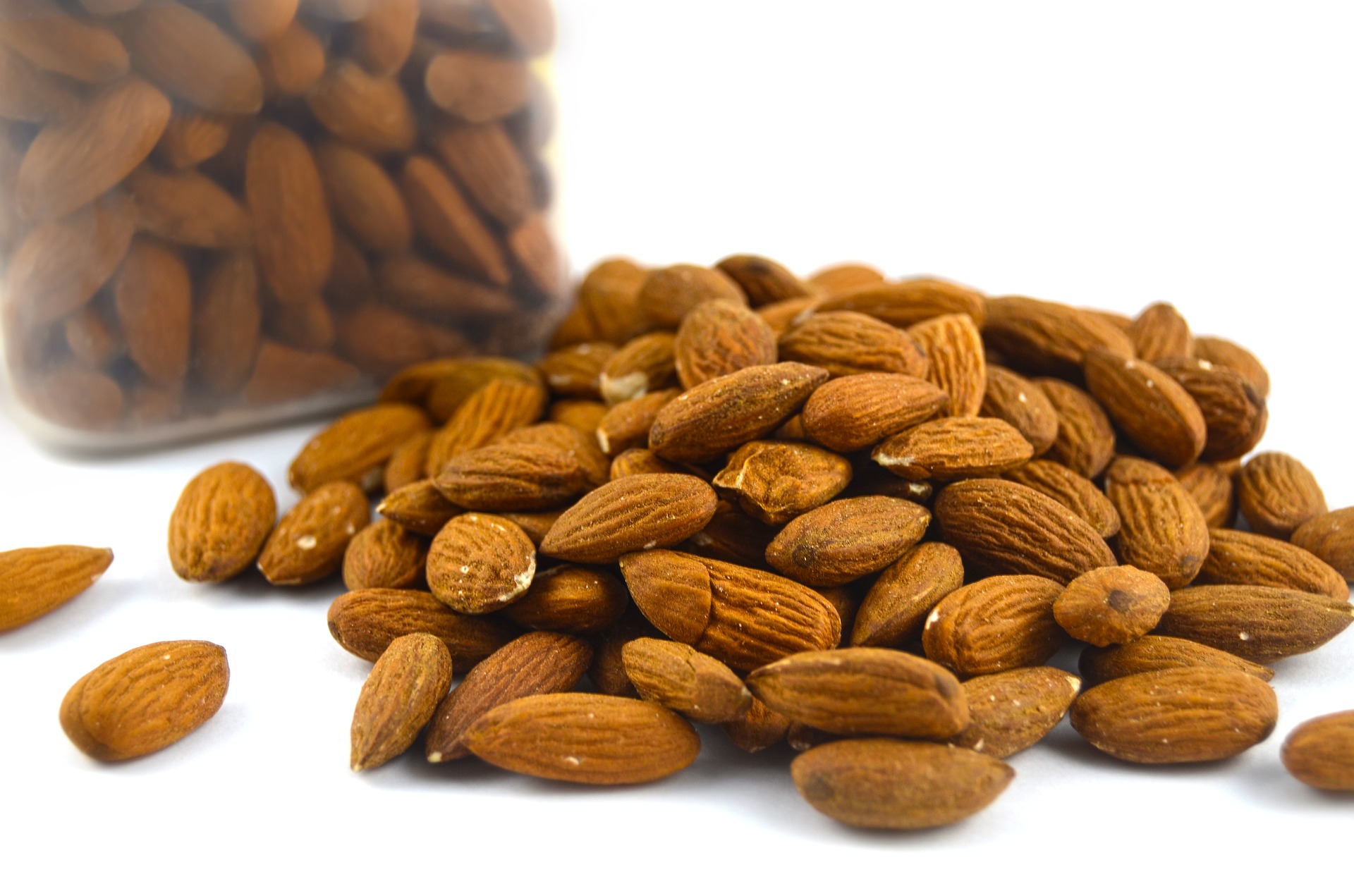 How are Almonds Grown and Processed?

Almonds are one of the most popular ingredients that are used throughout the world for their delicate flavour and versatility in their use in the culinary world. They make a healthy and flavourful addition to both sweet and savory dishes across the world. The almonds that we buy and consume from our local stores are the seeds of the fruit of the almond tree, a medium-sized tree that bears white and pink fragrant flowers. The trees from which the almonds are grown are scientifically classified as the “Prunus dulcis” trees. Buy flavoured almonds or any other types of almonds to own a simple cooking ingredient that can be used for many purposes.

The almond tree bears fruits with seeds or pits that resemble the peach, apricot, and cherry fruit. The seed of the almond fruit is what we commonly refer to as the almond nut. Almonds are typically off-white and covered within a hard shell which is pale brownish. Almonds are classified into two categories: sweet and bitter. Sweet almonds are commonly available in grocery stores and supermarkets and are commonly eaten as a standalone snack or incorporated into other dishes to add a refined crunch to the dish. Sweet almonds are oval in shape, sturdy in their texture, and mildly flavourful in taste. They are usually available in the market either with their shells intact or with their shells removed. Shelled almonds are typically available whole, sliced, or chopped with their skin being removed. Bitter almonds are usually used to make almond oil and to extract other essences such as butter, milk, etc. They are used as flavouring agents for different varieties of foods and liqueurs throughout the world. They are considered inedible as they contain naturally toxic substances such as hydrocyanic acid. These compounds are professionally removed when it is used for manufacturing almond oil, almond milk, almond butter, etc. Buy flavoured almonds or plain almonds from reputed stores to get the best quality ingredients that are available. 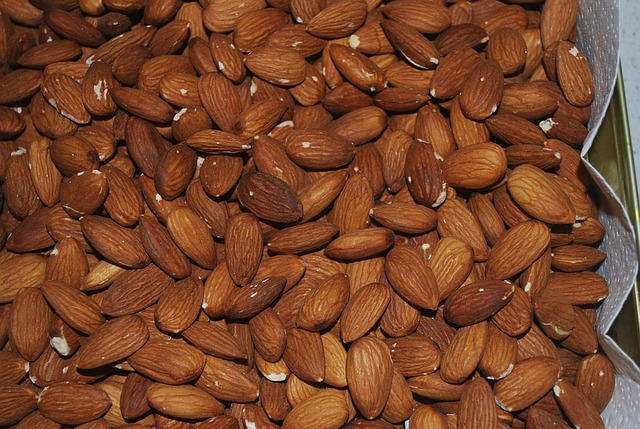 Since almonds have high-fat content, it is crucial to store them in appropriate conditions to protect them from becoming rancid. Store shelled almonds in a tightly sealed container in a cool and dry place to keep them away from being exposed to sunlight. Keeping almonds cold will help protect them from rancidity and extend their freshness. Refrigerated almonds can be used for several months while almonds that are kept in the freezer can be stored for up to a year. Shelled and chopped almonds will become rancid faster than whole shelled almonds. Almonds that are not separated from its shell tend to have the longest shelf life. Buy flavoured almonds or any other almonds of your choice and store them in appropriate conditions to prevent rot and prolong it for sustained use. Let us have a look at how almonds are grown and processed until it reaches the consumer.

Almonds are challenging to grow and they require specific conditions during their growth to flourish. The almond trees require hot and dry conditions as they enjoy areas that have long summers with sunny and dry weather. They do not thrive in wet soils and frosts and are well suited to Mediterranean areas. This is especially a problem in the early flowering period which is very vulnerable to frosts. Almond trees will grow well in areas with partial shade but they won’t flower nearly as well when planted in areas with full sunlight. Well-drained, deep, loamy soils are the most suitable soil type for its growth although they can grow in other soil types as well which are not wet. The almond trees need suitable rainfall of up to 500-600 millimetres annually to produce good yields. Almond trees need careful and constant monitoring for their watering needs in early spring, the first months of autumn, and during the summer. Almonds are also not self-pollinating so cross-pollination with other organisms is needed for fruit production. Buy flavoured almonds from vendors who source them from farms that have grown the almonds inappropriate conditions.

During the initial stages of its planting period, specifically from November to January, almond trees go through a period of dormancy losing their leaves and protecting them from the harsh wet winters. Farmers rely on rainfall or store up rainwater for the coming up growing season to provide the plant with nutrients and energy for the next year’s crop. Towards the end of its dormancy period, buds become enlarged on each of their branches in preparation for bloom.

Between February and March, almond tree buds burst into beautiful pink and white blooms. Most almond trees are not self-pollinating, so farmers grow them around beekeepers who bring hives of honey bees to the farm for cross-pollination. As the trees begin to blossom the bees search for pollen and nectar on the farm. They move from tree to tree as they pollinate almond blossoms along the way. Every almond tree is pollinated by a honey bee that gets its first natural food source of the year in this period. When you buy flavoured almonds, know that each of the almonds you eat is pollinated by a honeybee.

From March to June of the same year the almond kernels began to mature and grow to their full size with its shell hardening around protected by an outer hull. Once the rainy season stops and the weather starts to heat up on the cusp of summer, farmers begin irrigating their farms or orchards to support the growing plant by making sure it’s properly and efficiently irrigated. By this time almonds can be harvested for their various commercial and culinary uses. Buy flavoured almonds from reputed stores that source it from farms that undergo standard procedures during its growth. 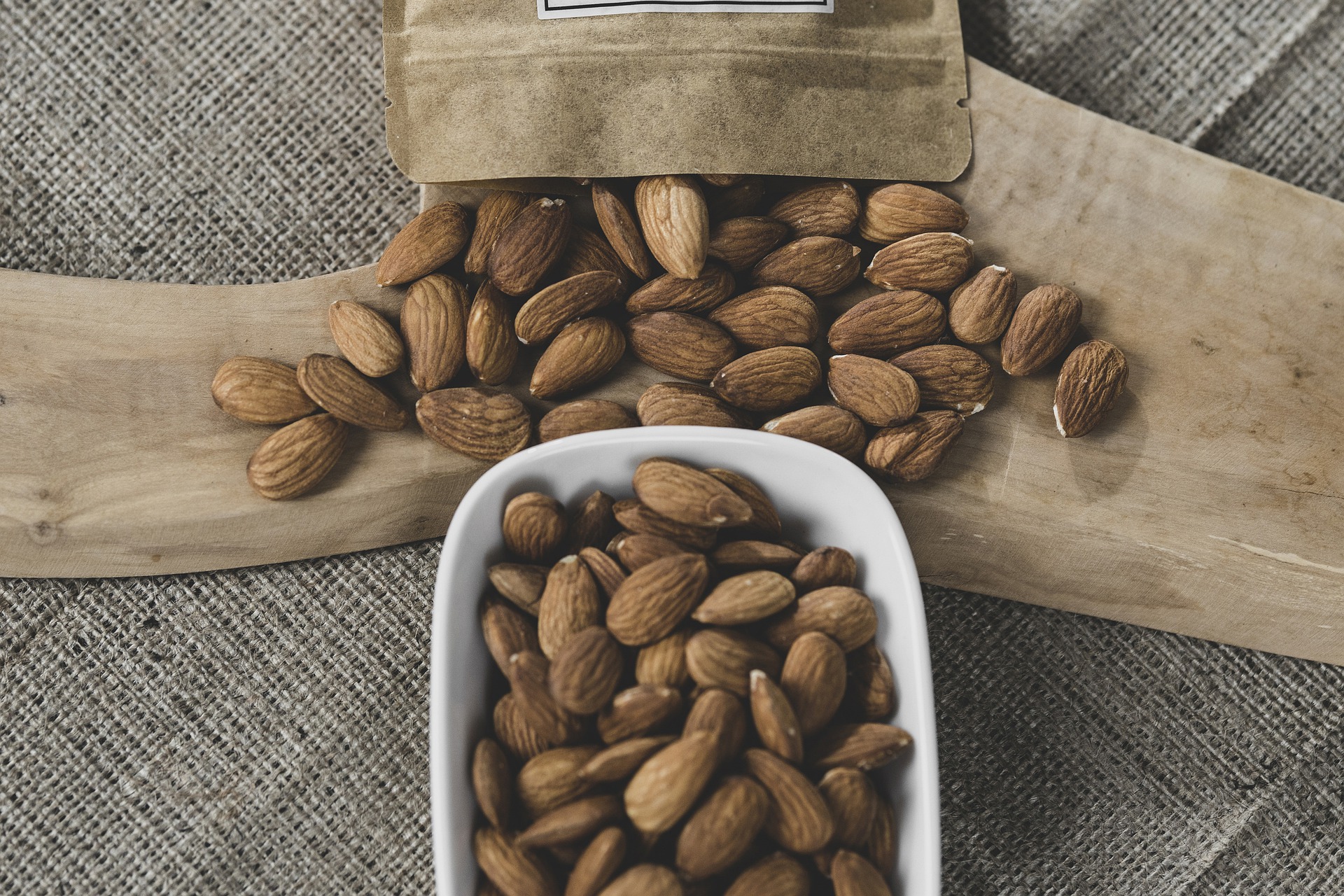 In July, the almond hulls tend to split open, exposing the almond shell and allowing the kernel inside to properly dry. Right before the harvesting period starts the hull begins to turn a straw-yellow colour. From August-October of that year, mechanical tree shakers harvest the crop by vigorously shaking them to the ground. Protected by its outer shells, the almonds dry naturally for around 7-10 days after which it is swept into multiple rows by a machine. After this, a harvester is used to drive over the rows and vacuuming the nuts up into a cart that is then transported for the next part of its growth. Each almond variety is carefully selected and harvested separately as this process typically occurs two to three times per orchard. Also during this period, almond trees begin to assemble their pieces to make way for next year’s crop.

After harvest, almonds are taken to a sheller facility wherein the kernels pass through a mechanized roller to remove the shell, hull, and any other residue such as sticks and rocks. After this process is done, almonds are kept in controlled storage conditions to maintain their texture until they are ready to be shipped or further processed into different almond forms for various culinary uses. When you buy flavoured almonds, they are processed into this specific form for your consumption.