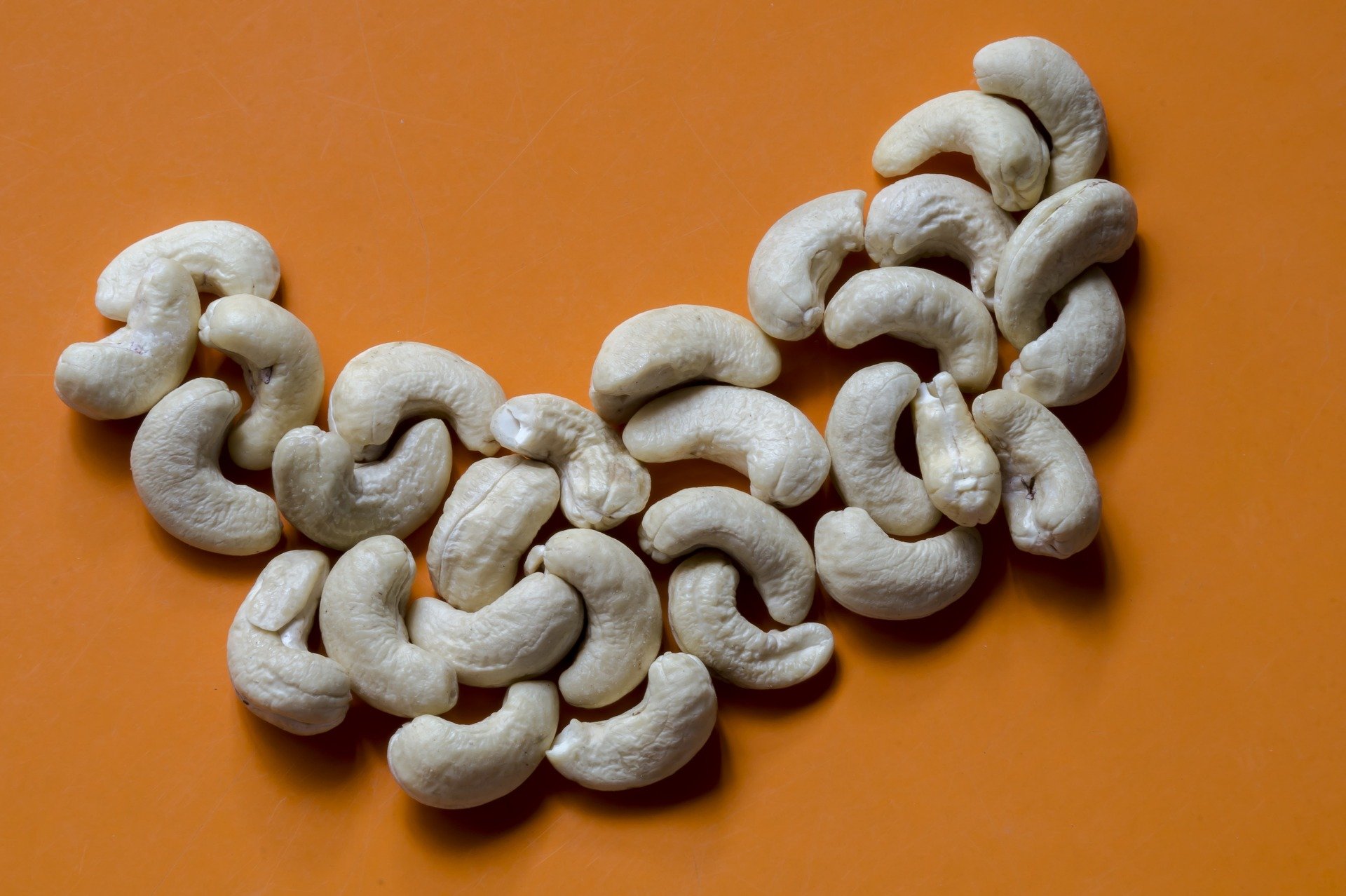 How are Cashew Nuts Grown and Processed?

The cashew tree is a tropical evergreen shrub or tree that produces the cashew apple fruit and cashew seed. It is mainly cultivated for its distinct curved edible seeds which are popularly known as cashew nuts. The tree from which cashew is produced is scientifically classified as the “Anacardium Occidentale” tree. The cashew tree is native to northeastern Brazil from were Portuguese missionaries took it to India and East Africa in the late 16th century. Cashew planted in these regions thrived due to its exposure to ideal weather conditions and subsequently, it was introduced to Central Africa and Europe. Cashew is known as ‘Kaju’ in Hindi, ‘kaśuvaṇṭi’ in Malayalam, ‘Muntiri’ in Tamil, ‘Kājū’ in Marathi, and ‘Gōḍambi” in Kannada. Buy Kaju online or offline from reputed vendors so that you get the high-quality ingredient you’re paying for.

Cashew nut is made up of a fruit in which the kernel is covered. The colour of the nut varies from region to region depending on the variables it was exposed to during its growth. It’s usually either pale green or greyish-brown in colour. The nut is composed of the kernel and the shell. The kernel is curved back on itself and accounts for around 20 to 25% of the overall weight of the nut. Its typically wrapped in a thin, difficult-to-remove peel which is reddish-brown in colour. Cashew holds significant economic importance to several countries across the world. It is an important dry fruit that is mainly consumed as a standalone snack or used in confectionaries. Cashew is one of the most popular tree nuts in the world and is incorporated into several food items across various cultures and countries. Cashew ranks third in the international tree nut trade accounting for around 20% of the whole market. When you buy Cashew or Kaju you are owning one of the most popular and versatile nuts in existence today. So ensure that when you buy Kaju you buy it in the appropriate quantities that you require for preparation at home in order to avoid any wastage. 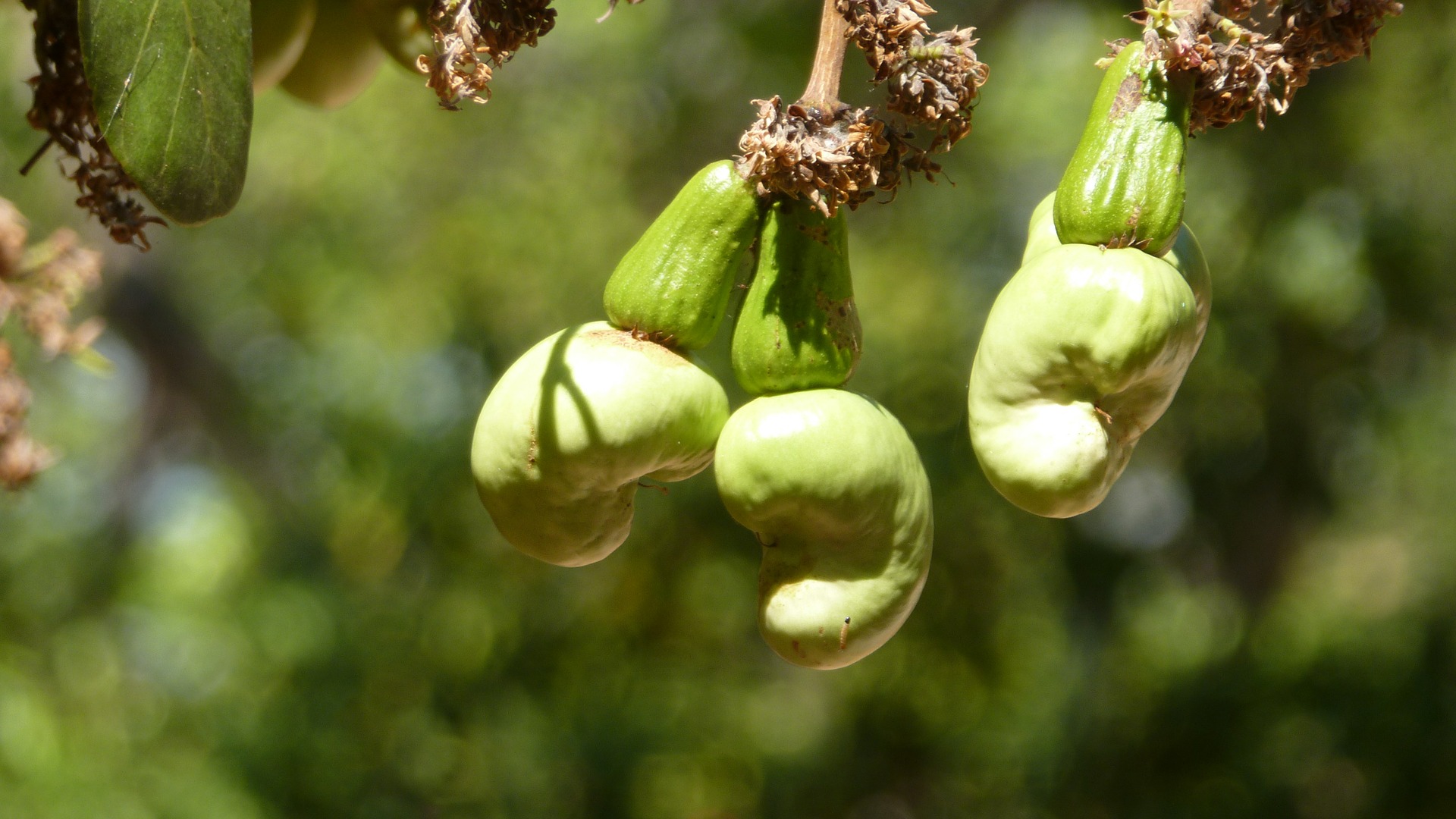 The cashew plant or tree can grow up to 12 metres in height in areas where the soil is fertile and the humidity is high. The leaves are typically spirally arranged and are concise in shape. The curved fruit of the cashew also known as the cashew nut is shaped like a large thick bean and can reach more than 2.5 cm in height. One of its ends is sunk into a swollen stem called the cashew apple. The cashew apple is an accessory fruit which means that it does not satisfy the botanical criteria to be labelled as a true fruit. It is about three times as large as a true fruit and is usually yellow or pale red in colour. The cashew apple has two shells where the outer shell is smooth and elastic while the inner shell is rock hard and has to be cracked like a typical shell of nuts. The inner shells have to be cracked to obtain the edible seed inside them. A thin oily resin layer is present between the outer and the inner shell which can potentially blister human skin. When you buy Kaju make sure that it is sourced from authentic farms that follow all the standard procedures for ideal growth. When you buy Cashew Nut make sure to also store it under the appropriate conditions so that it can be used longer.

Cashew is a tropical plant that thrives in high-temperature areas. The distribution of cashew should be restricted to altitudes up to 700m above mean sea level. Regions where temperatures generally range from 20C to 30C are ideal for its growth. Heavy rainfall which is evenly distributed can help the tree grow and bear fruit but it is not the ideal climate for its growth. Cashew needs a climate with a set period of the dry season which should last around four months to produce optimal yields. The interchange of excessive rainfall and high humidity may result in poor yield and the heavy onset of fungal diseases.

The planting process for cashew starts with the planting of new seeds that are sunk in water in an upright position. The fresh seeds have to be planted in a planting bag in a sterilized soil mixture. After a few days, the seeds are monitored and the weakest ones are thinned out while the strongest are left to grow further. The seeds should be grown under shade and are hardened off before planting in the orchard. Young trees should be given adequate support in the first 2-3 years so that the wind does not blow the plants over and ruin them. Cashew plants then start bearing fruits after three years of planting and continue giving yields for another 20 years. The cashew nuts are usually harvested between the months of February and May. Harvesting consists of picking nuts that have dropped to the ground after they mature. The nuts are collected every other week during the harvesting season. 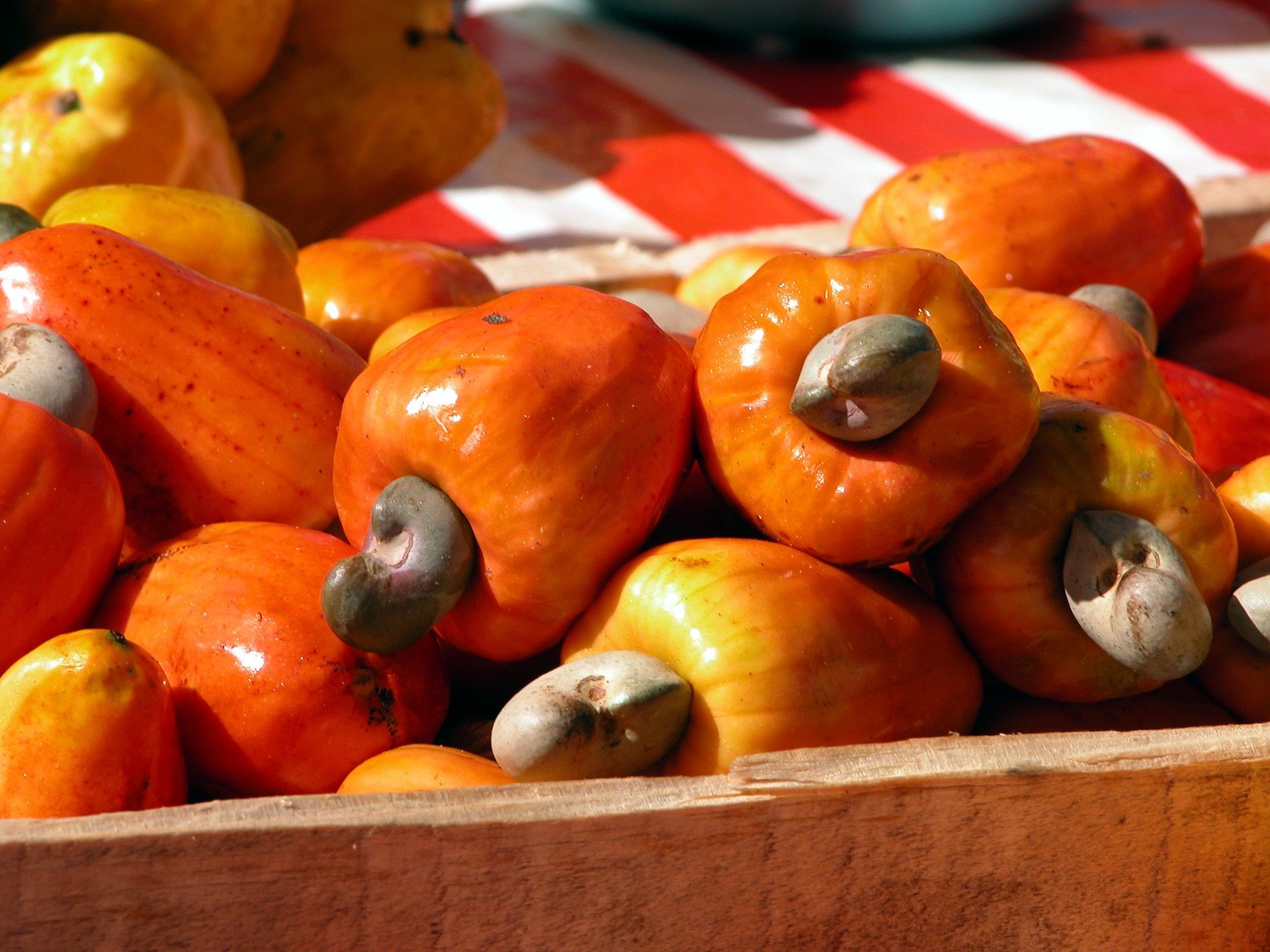 Immediately after the harvesting period, the cashew nuts are processed which is important to maintain their quality. The processing of cashew involves around six steps which are cleaning, roasting, shelling, separating, drying, and peeling. Farmers typically separate the drupe from the cashew apple to facilitate sun drying. These products are then sorted into six different grading schedules after which they are roasted and shelled evenly. Only a small market exists for broken or unevenly roasted kernels. The kernels are then dried to about 3% moisture content before they are packed. The drying process is very important as it extends shelf life and prevents other infections. After the drying period, the kernels are evenly peeled so that it does not become rancid. When you buy Kaju you’re getting the final product that has undergone severe processes to make it healthy and edible.