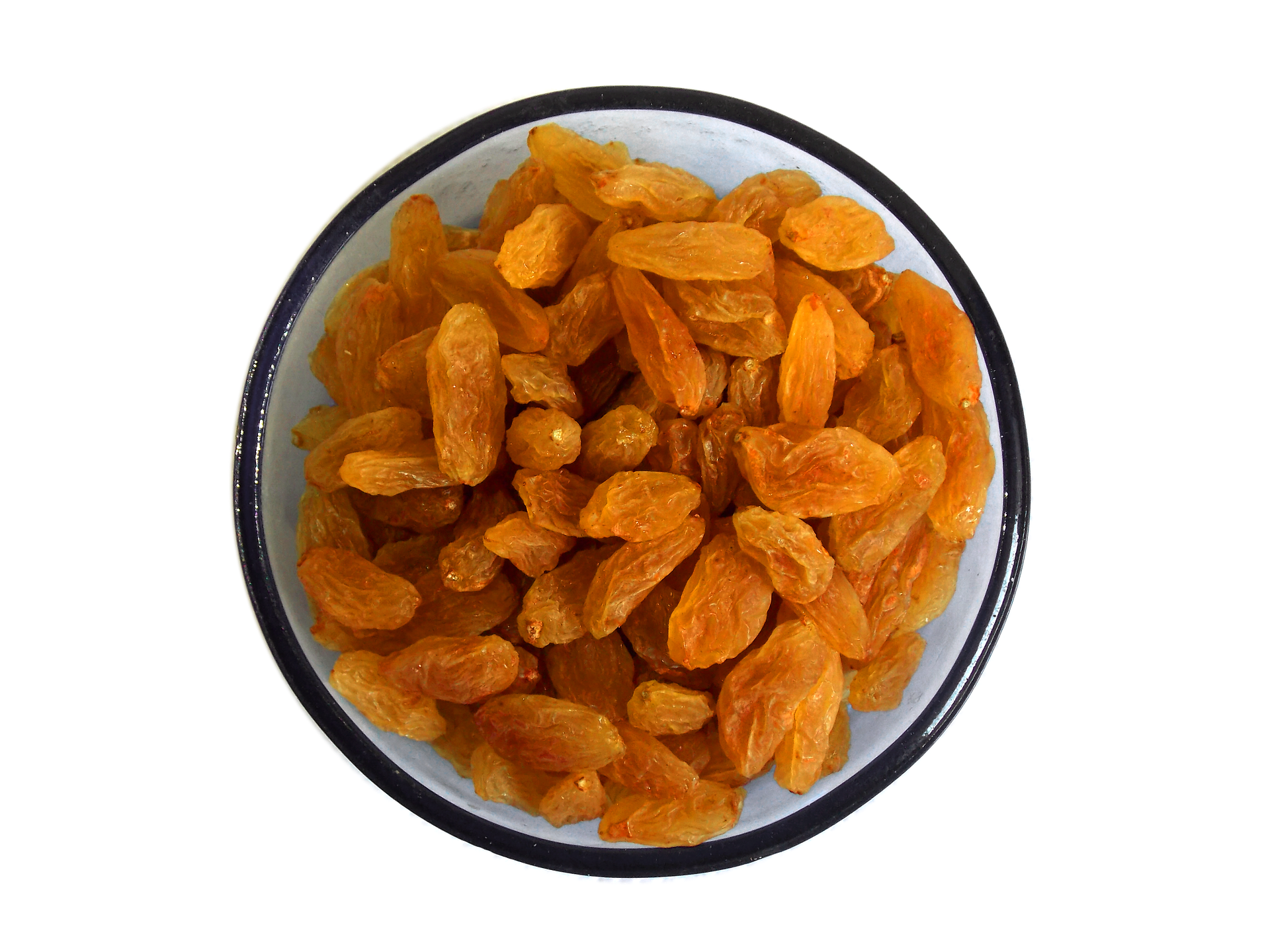 What are the Health Benefits of Raisins?

Raisins are one of the best-dried fruits available throughout the world. They’re popular globally due to their many uses in the culinary world as well as their medicinal properties. Raisins are the dried fruit of certain varieties of grapes. Raisin grapes were found to have been used as early as 2000 BC in Persia and Egypt. The variety of grapes used for making raisins are classified on the basis of their size and colour. Black, blue, purple, yellow, and brown grapes are typically used in the process of attaining raisins. Buy raisins from reputed vendors to get the high-quality dried fruit you’re looking for.

Raisins are essentially sweet grapes that are allowed to dry and shrivel up. In the distant past, raisins were exclusively used as sweeteners for various foods alongside honey. The majority of the world’s supply of raisins comes from the state of California in the United States. Raisins are typically golden or brown in colour. They are sun-dried as they are laid on the farms or vineyards for around two to four weeks after which they are classified into grades, cleaned, and packed for sale. Typically brown raisins are used in creating desserts and baked goods such as cookies, puddings, cakes, candies, pastries, etc. Golden raisins are generally oven-dried and then treated with sulfur dioxide to preserve their colour. Golden raisins are typically used and incorporated into making savoury dishes. All raisins are relatively inexpensive and easily available which makes them appealing. Buy raisins Online and use them for cooking several different types of dishes in the kitchen.

Even though certain types of grapes are used for making raisins, they do not taste like fresh grapes. This is due to the drying process that raisins undergo which concentrates the fruit’s sugars. Brown raisins are considered sweet and fruity while golden raisins are even sweeter and fruitier than brown raisins. You can feel a hint of tartness when consuming golden raisins. Raisins are most commonly consumed as a standalone snack that you can eat out of your hand. They are also incorporated into several recipes to create certain dishes such as salads, bread, muffins, puddings, pastries, cakes, etc. There are several ways to incorporate raisins into several delicious foods as they are versatile in their use. Another fact that not many people know is that raisins have certain health benefits that help the general health of an individual. Some of them are

Raisins are known to improve one’s eyesight and eye health in general. Raisins are rich in polyphenolic compounds such as beta carotene, vitamin A, A-Carotenoid, etc which helps in maintaining clear eyesight and strengthening your focus. These nutrients also help protect the eyes by reducing radical actions that cause muscular degeneration and cataract. So buy raisins and incorporate them into your diet for improving your eyesight. 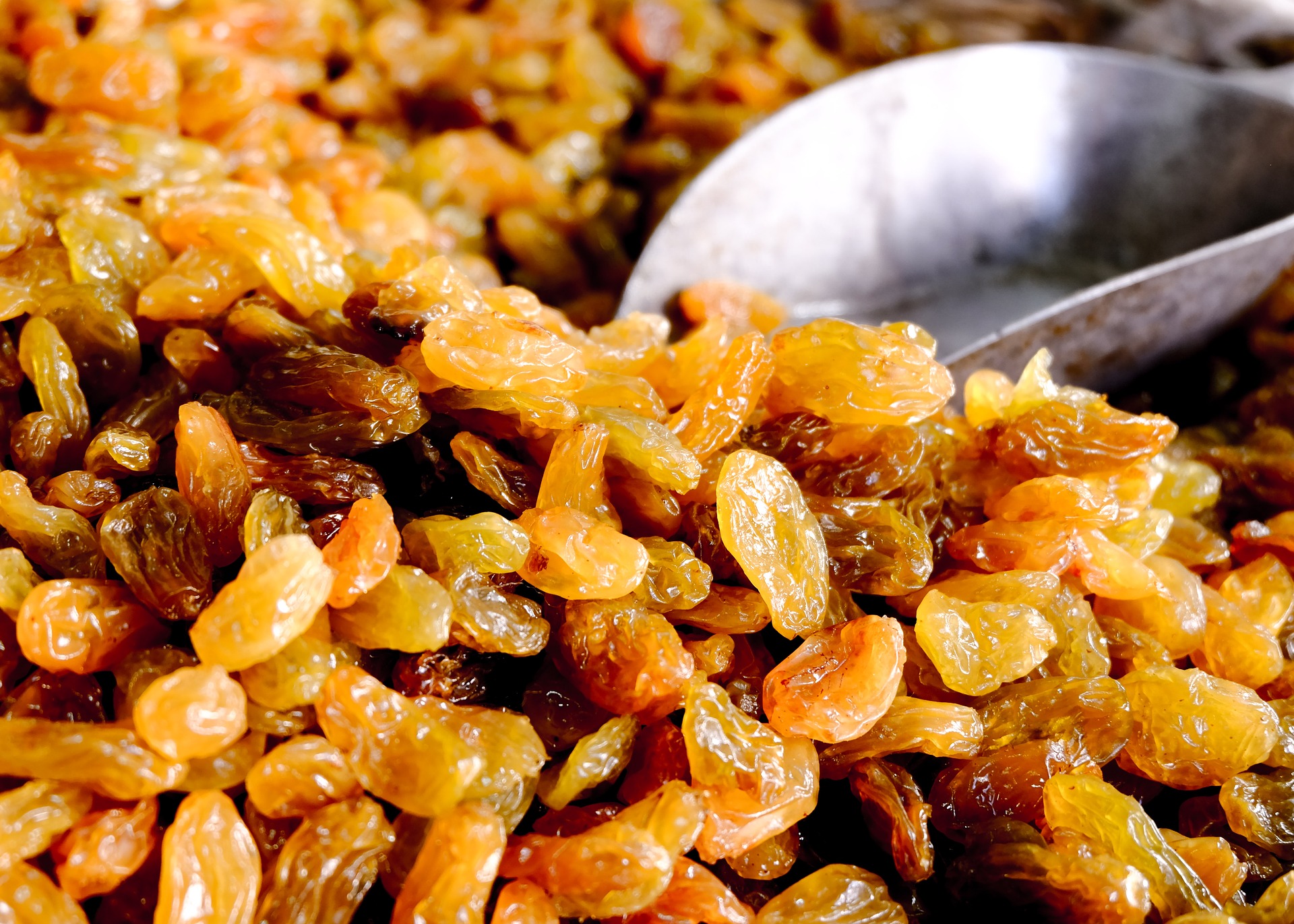 Increased blood pressure is one of the key reasons behind the onset of several chronic diseases. Therefore steps must be taken to regulate and control your blood pressure in one’s daily life. Blood pressure is typically caused by excess salt consumption in the body. Raisins are low sodium foods that contain a high amount of potassium which helps in balancing the sodium content in your body and relaxing your blood vessels. So buy raisins and use them in your favourite dishes to relax your blood vessels and regulate them consistently.

Raisins have been used from ancient times to control and reduce one’s weight. Raisins are typically low in calories while being naturally sweet. Consuming raisins are great for curbing your sweet cravings without consuming the extra calories that you typically find in other sweet foods. Raisins are also rich in fiber which helps the body feel full for longer periods of time with just a small serving. They also help in controlling blood sugar levels which also aids in reducing your overall weight. So buy raisins and consume them in moderation to control and reduce your weight.

Raisins contain a wide variety of nutrients and vitamins that are needed for the optimal functioning of the body. Raisins are loaded with vitamins and minerals such as calcium, iron, vitamin C, etc which help boost the immune system and fight off infections. Raisins also contain several antibacterial and anti-inflammatory properties that strengthen your immunity while making the body less prone to infections. So buy raisins and consume them in moderation to boost your immunity and protect your body from several diseases.

Raisins have been consumed as a superfood for centuries to improve one’s bone strength and conditioning. Raisins are filled with calcium which is essential in building bone strength. Raisins are also rich in another nutrient known as Boron which helps in the better absorption of nutrients and improving bone density. So buy raisins and integrate them into your daily diet to improve your strength and bone formation.

Raisins play a crucial role in preventing anemia. Iron is the most essential element that is required for the formation of red blood cells. Raisins are rich in nutrients such as copper, iron, and other vitamins that are pivotal for the formation of red blood cells and transporting oxygen throughout the body. Buy raisins and consume them in moderation to prevent the onset of anemia. 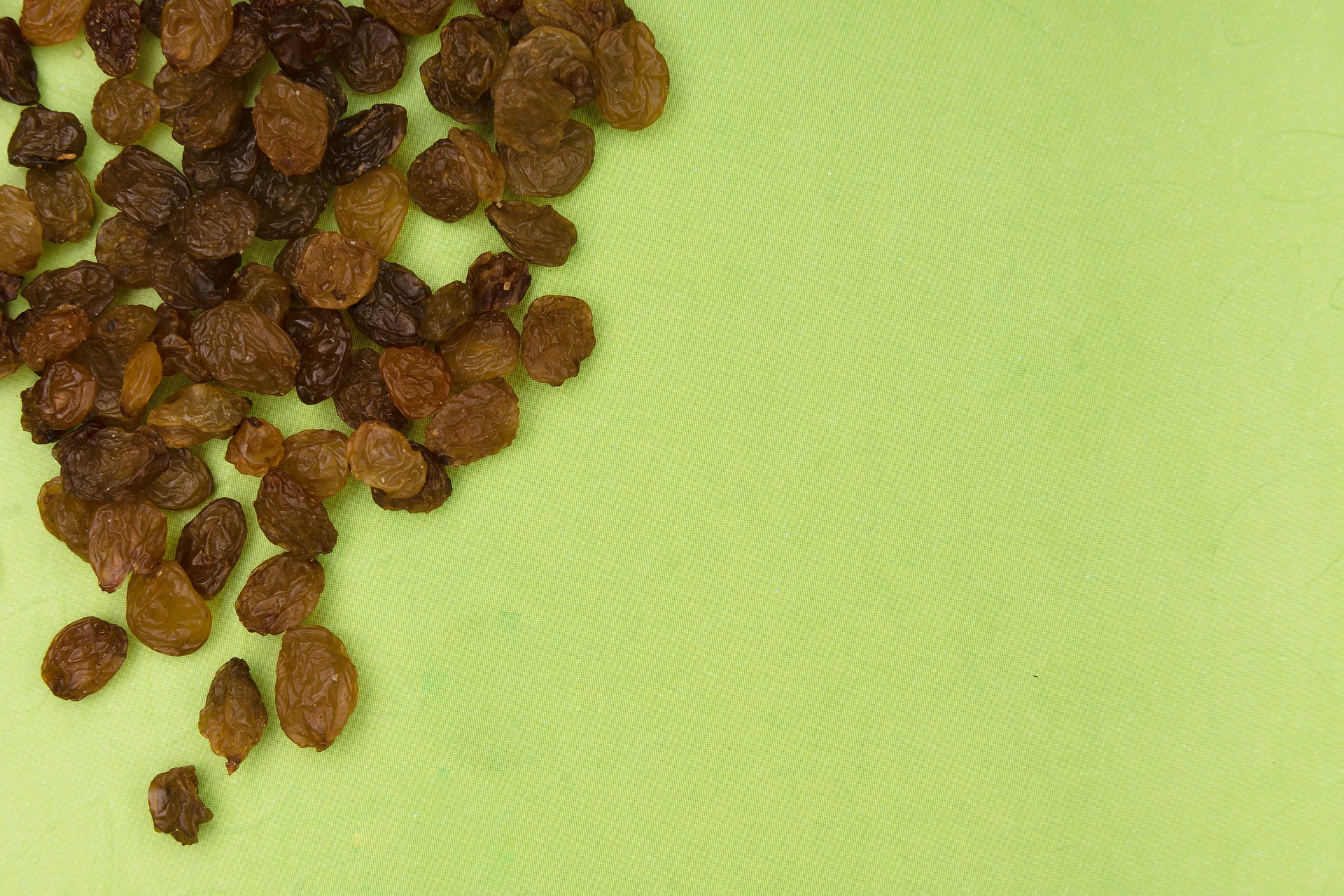 Raisins have been used since ancient times to treat any problems related to digestion. Raisins help keep the digestive system effective as they are rich in fiber. They help relieve constipation, eliminate toxic wastes and other toxins from your body. Raisins are also known to bring relief from acid reflux, bloating, and flatulence. Buy raisins and incorporate them into your diet for keeping your digestive system healthy and effective.