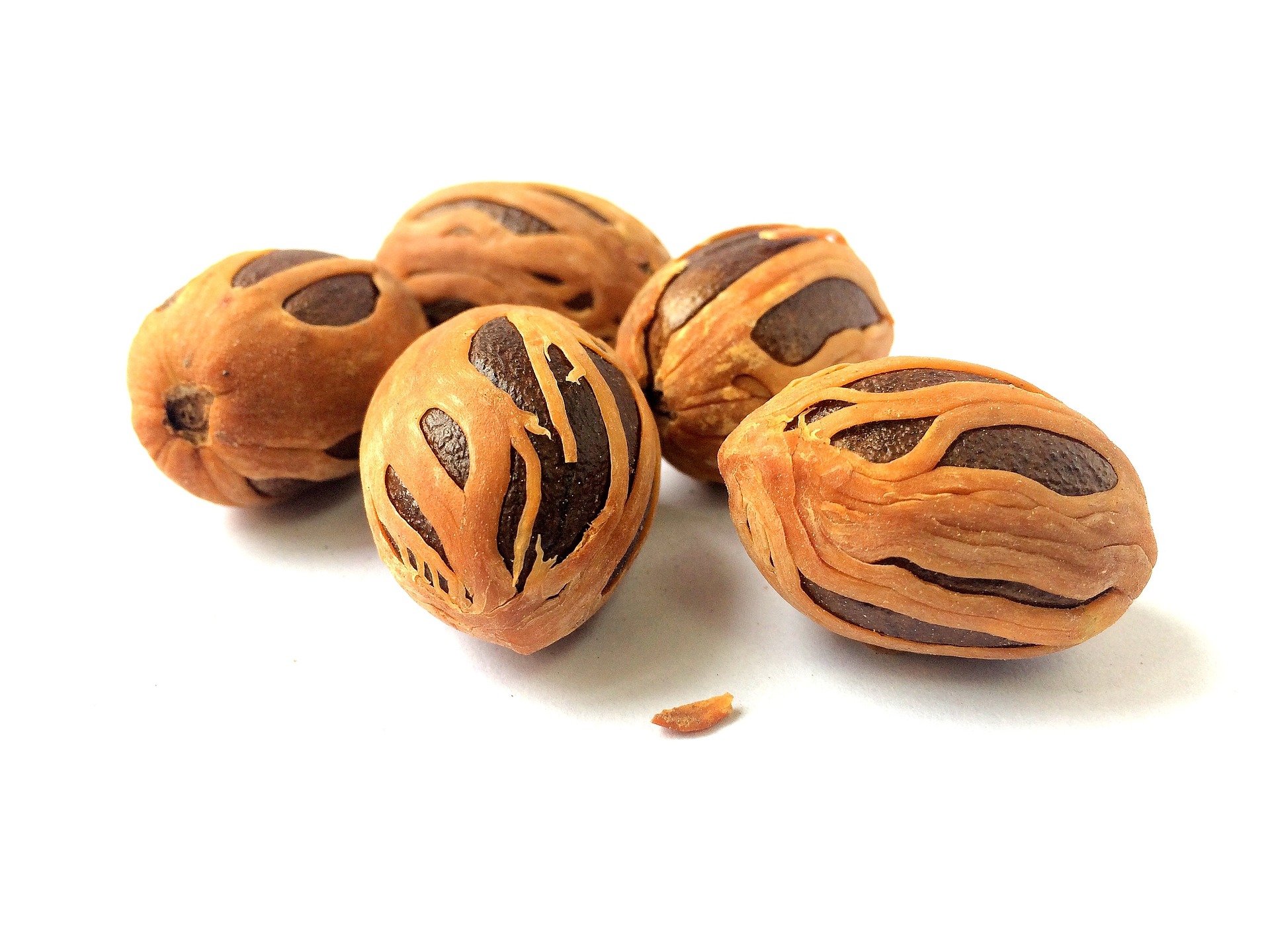 Nutmeg is a universally used spice as it is used throughout several cuisines around the world. Nutmeg and mace come from the same fruit although mace is the dried reticulated “aril” of the fruit and nutmeg is the dried seed kernel of the fruit. Nutmeg is produced from the tropical evergreen tree which comes from the family of trees botanically classified as “Myristica fragrans”. The tree is native to the spice islands of Indonesia or otherwise known as the Moluccas. It is mainly cultivated there although some traces of nutmeg production is also shown to be present in West Indies. Nutmeg is an evergreen plant that thrives in warm humid climates with plenty of well-distributed rainfall. Nutmeg is available as a whole and ground depending on how it is going to be used. Nutmeg spice has a distinct pungent fragrance while consisting of a sweet piney flavour. It is used to flavour several kinds of baked goods, puddings, pies, cookies, and confectionaries due to its unique sweet profile.

Nutmeg and mace come from the same tree but both have very different flavour profiles and differ from each other. Mace is the outer coating surrounding the nutmeg seed and is removed through industrial procedures and then ground into the red-colored spice we know it as. Nutmeg is the pit of the seed which is either kept ground up or whole. Nutmeg has a milder flavour and is sweeter compared to that of mace. Mace is a little spicier and can be described as a mix of both cinnamon and pepper. Although they have similar properties they are rarely ever used in the same recipes. Buy nutmeg online or offline and make sure to ensure that it is of the highest quality possible. Let us look at five interesting things about nutmeg that you may not have known. 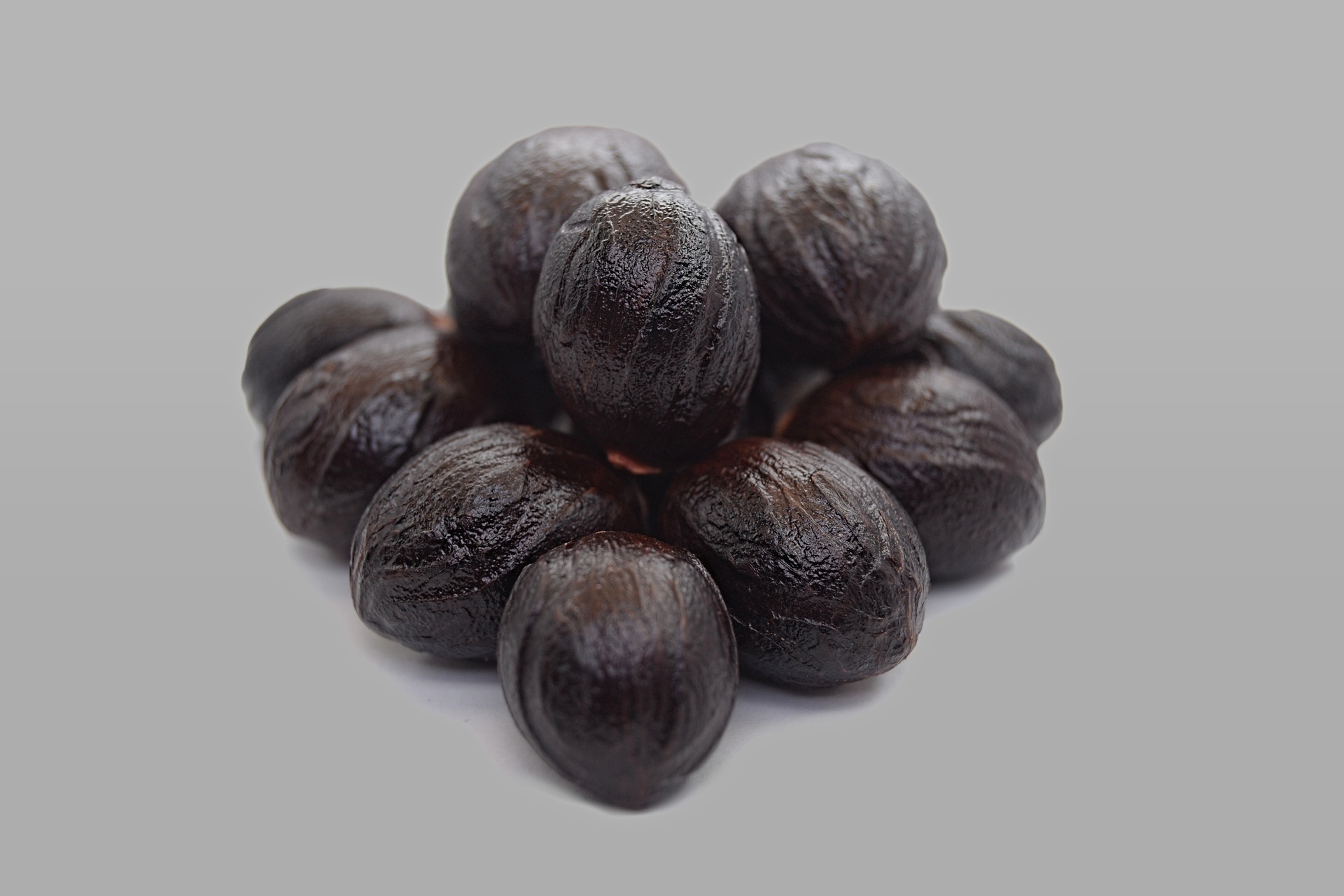 In Elizabethan times nutmeg was seen as a miracle spice that could ward off the plague. The Dutch quickly rallied and took control of the commercial production of nutmeg in Indonesia. During the Napoleonic wars, the British took temporary control of the Spice Islands from the Dutch and transplanted nutmeg trees in Sri Lanka, Singapore, and Penang which were under British control. Trade and exchange of information lead to the transplanting of nutmeg trees to other British-controlled areas such as Zanzibar and Grenada. Today Indonesia and Grenada lead in the total production of nutmeg worldwide with shares of 75% and 20% respectively. Buy nutmeg online or offline from reputed vendors to get the most use out of it.

2.It doesn’t Identify as a Nut

Nutmeg is not scientifically identified as a nut even though it has a nut in its name. Nutmeg is actually the seed kernel inside a yellow fruit of the nutmeg tree, an evergreen native of the Spice Islands in Indonesia. Whole nutmeg seeds are brown in colour, oval in shape, and about an inch long, with a nutty aroma and taste. It doesn’t pose a health risk to anyone who suffers from nut allergies. When you buy nutmeg online make sure that it is authentic and cultivated under the standard conditions.

3.Nutmeg Powder is Smoked in India

Nutmeg is finely crushed and converted into a powder mixture so that it can be used as a substitute for tobacco to smoke. The practice of smoking nutmeg powder originated in India during British rule. Its hallucinogenic effects paved the way for its widespread use throughout the country. Over time the practice was picked up by different times in several Western countries where it was then enjoyed as an alternative to tobacco. Buy nutmeg online or from your local grocery store to possess a spice that is versatile in its use. 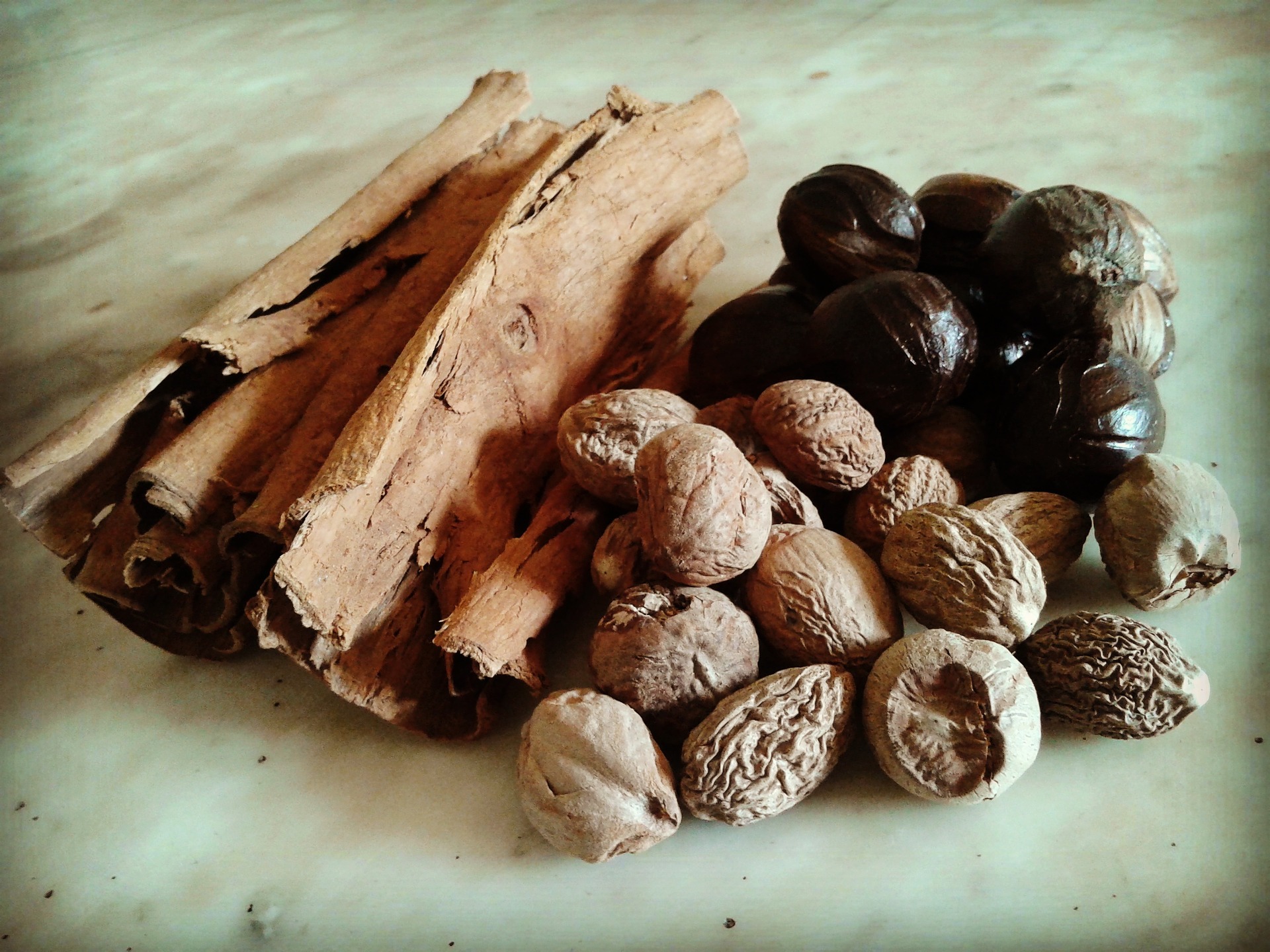 Nutmeg has several medicinal properties that enhance an individual’s general health. If consumed in small doses, nutmeg aids in improving digestion by reducing flatulence and constipation. It also helps in treating nausea and diarrhea as well as lowers blood pressure. Application to the skin also offers general pain relief. It is also found to protect cognitive functionality from neurodegenerative diseases like Parkinson’s, Alzheimer’s, etc. Buy nutmeg online or offline to avail of its medicinal benefits and improve your health.

5.Excess Consumption can be Toxic

The nutmeg spice can prove to be dangerous if you consume too much of it. It takes two tablespoons or more to produce symptoms of nutmeg poisoning. Consumption of nutmeg in large amounts can lead to symptoms such as dry mouth, acute nausea, dizziness, and a slowdown of brain functions in the body which may eventually lead to blackouts. Consuming very high doses of nutmeg can even lead to shock and hallucinations. When you buy nutmeg online or offline make sure to use it in moderation in order to avoid any sort of health risks.