Cinnamon is a very popular spice gracing kitchens all over the world! It is a delicious, widely available spice with many health benefits. Did you know there are two types of Cinnamon in the world?

Cinnamon gets its aroma and flavor from essential oils inside the Cinnamon tree bark and the compound cinnamaldehyde which is responsible for most of the powerful effects on health and metabolism.

The stems of Cinnamon trees are used for making Cinnamon. The inner bark is then extracted, and the woody parts removed. After it dries up, it forms strips that curl into rolls, called Cinnamon sticks. These sticks or quillings can be ground to form cinnamon powder.

What are the benefits/advantages of Ceylon Cinnamon?

What are the different types of Cinnamon?

There are two types of Cinnamon. Each type is healthy, but one type contains a toxin that is harmful if you have too much of it. 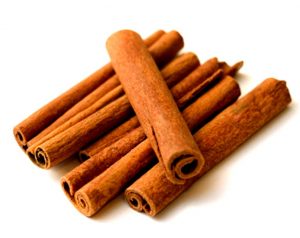 The Cassia variety is commonly known as Chinese Cinnamon or the Cinnamomum Cassia. It is also called Cinnamomum aromaticaum. Cassia Cinnamon originated in Southern China and tends to be the dark brown-red color with a rough texture and is generally thicker than Ceylon variety. Cassia has about 95% Cinnamaldehyde, which gives it a very strong, spicy flavor. Between the two varieties, Cassia cinnamon is considered lower quality and is very cheap. 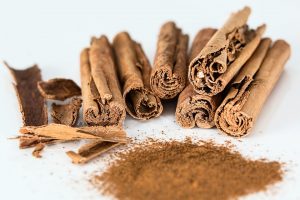 Ceylon cinnamon called Cinnamomum zeylanicum is native to Sri Lanka and is more difficult to find and more expensive. It is also known as Cinnamomum Verum or True Cinnamon. Ceylon Cinnamon has around 50 – 63 percent Cinnamaldehyde which gives it a milder aroma and flavor. Ceylon cinnamon has a sweeter, more delicate flavor than Cassia Cinnamon and it is the preferred choice for flavoring desserts and lighter dishes. If you want high-quality Ceylon Cinnamon, you will have to source it from a specialty online spices store, a specialty gourmet store or an upscale food market.

Both types of cinnamon have health benefits. Ceylon cinnamon has been found to be effective in managing diabetic complications, with no toxicity to the liver and kidneys. Even though Cassia Cinnamon may be good for diabetes management, it may have effects of toxicity if consumed in large quantities.

The presence of a chemical called coumarin, a natural plant chemical that acts as a blood thinner is the key difference between the two varieties of Cinnamon and it makes all the difference. Cassia Cinnamon has more concentration of this chemical than in Ceylon cinnamon. Cassia Cinnamon should therefore not be used by anyone taking a prescription for blood thinners. Coumarin in greater quantities has also been shown to be toxic to the liver and kidneys. It may also be carcinogenic, which can revoke any health benefits of Cinnamon.

Ceylon cinnamon is also beneficial to the liver and has no adverse effects on other organ systems. Antimicrobial and antiparasitic activity, digestive health and blood pressure reduction are the other benefits.

How do you assess the quality of Ceylon Cinnamon?

Around 60% of the cost of Cinnamon is associated with its production and processing. This is mainly due to the fact that the peeling of bark from the stems is labor-intensive and is usually done by hand, by skilled peelers. The quality of Cinnamon depends on how well the bark is removed from the stems and the diameter of the quills formed when the Cinnamon is dried. The larger pieces or quills are more expensive than the smaller broken pieces. In Sri Lanka, new technology has been developed in the form of a small mechanized machine for removing the bark from Cinnamon stems. Drying is also an important stage of the processing of cinnamon. It contributes to the quality of the final product.

Which Cinnamon should you use – Ceylon or Cassia Cinnamon?

Cassia Cinnamon, if used occasionally in small amounts, does not cause much harm. But if you are a daily user, Ceylon Cinnamon, or “True” Cinnamon is the better choice. Use Cinnamon in moderate quantities for culinary and medicinal purposes and keep a close watch on any health conditions. At times, bottles of powdered Cinnamon may not specify which type it, that said usually Ceylon Cinnamon will be labeled. To be safe, it is always better to buy whole Ceylon Cinnamon and powder it at home. To differentiate unlabelled whole cinnamon sticks – Ceylon cinnamon comes in thinner and multi-layered varieties when compared to the thicker bark of Cassia Cinnamon. Bon appetite!