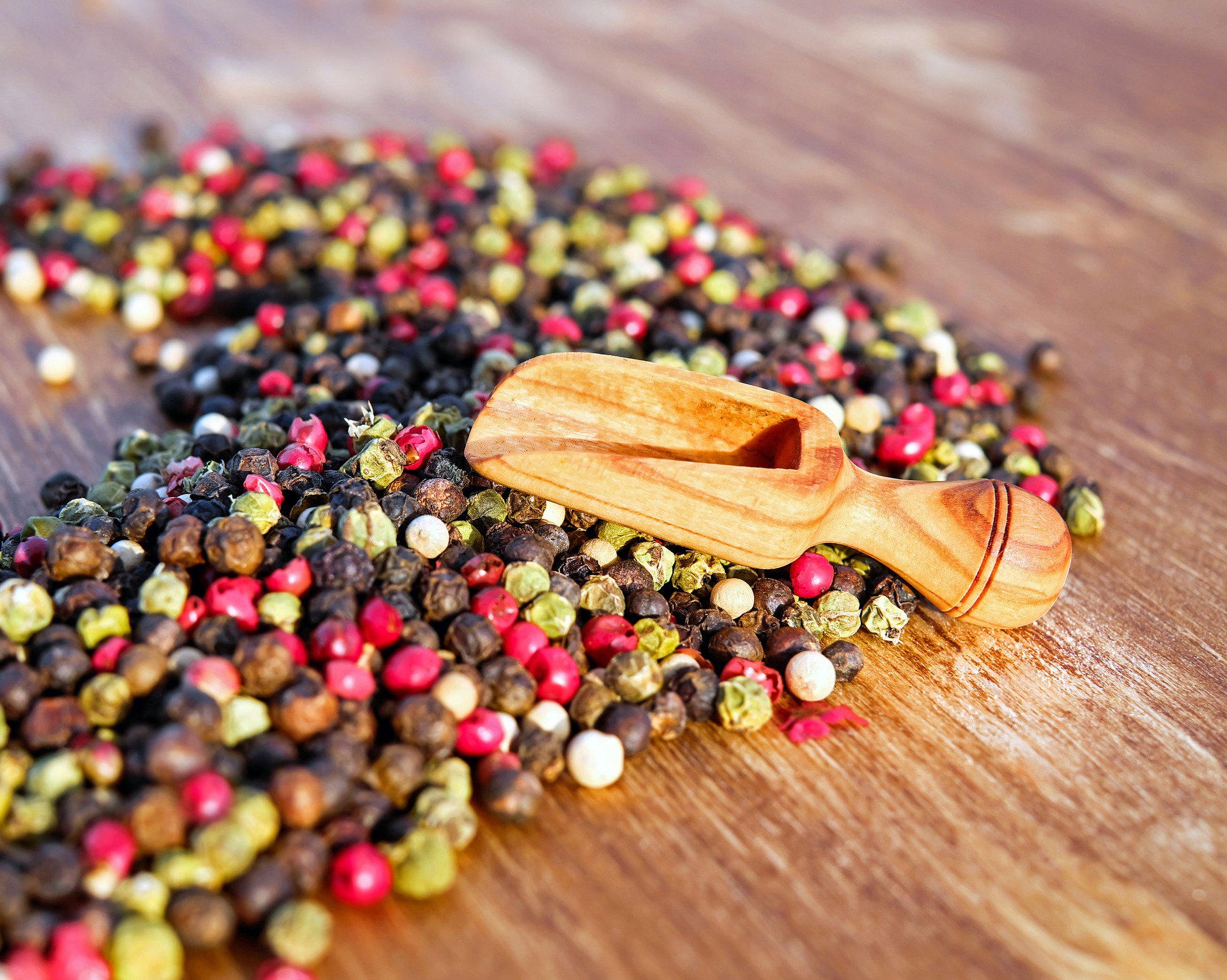 What is the difference between white pepper, black pepper and dehydrated green pepper?

A sneak peek into the life of spicy bubbles

Pepper is the king of spices which was always fought for in ancient times. It was considered as precious as jewelry and a mode of payment even by the highest authorities of a country in history. Indigenous to the Malabar Coast of Kerala, pepper is the spice that started the spice trade relation of India with Greek and Romans. This fruit is from the flowering vine named piper nigrum which is abundantly grown in the tropical climate. This is why the Malabar Coast in Kerela is the largest producer of Pepper in India. The most commonly used version of pepper is black pepper. However, there are other types of pepper that are derived from the same piper nigrum plant.

You must be a little puzzled when pepper is addressed as three musketeers. The three types of pepper available in the market are Black pepper, White pepper, and Green Pepper. Though these are distinctive in their colour, they are the same fruit that is harvested from the same plant.

The stark difference between the Black, White, and Green pepper is the colour which is due to the difference in their time of harvest, the processing, and the drying method. Love is a sweet emotion that is usually expressed through beautiful and sweet things like flowers and sweets. However, the love for pepper is a little different. It reminds me of sizzling spicy food that sometimes even leaves you with teary eyes. This pungent flavoured spice can convert any bland food to delicious food that contains preservative and medicinal properties.

Pepper is a favourite spice across the world not just for its magical touch in every dish you make. The medicinal properties like antioxidant, anti-microbial and anti-bacterial properties have not altered its use for centuries. This is why the pepper crusher is always spotted in every home and restaurant tables. Let us elucidate the three types of pepper and their differences.

The black pepper is the most widely used pepper which as the name suggests is black in shade. Black pepper is what crosses everyone’s mind while speaking generally about pepper among the three types of pepper that are used in different cuisines. These peppercorns have the most pungent flavour when compared with white and green pepper.

The finest grade of black pepper is called Tellicherry pepper – Buy Black Pepper. The name Tellichery pepper is derived from the city Tellicherry in the Malabar Coast of Kerala. The colour of the pepper is dark making it unsuitable for light coloured dishes. Black pepper has the longest shelf life. Though black pepper is quite common to us, hardly have we taken time to notice its benefits. Here are a few mentioned below:

● Piperine in black pepper improves memory and brain health. Hence it can be benefitted by people suffering from depression or extreme stress.

● On consuming black pepper with other fruits and vegetables, it is of great advantage to our body. They help in absorbing maximum nutrients from the body from the food you eat.

● It has been used as a medicine from ancient times to relieve you from cough and sore throat. Our grandmothers have a few tricks and tips with black pepper to help you during such ailments. It could either be honey and pepper powder, a black tea with pepper powder, tulsi, jaggery, and other ayurvedic ingredients, etc.

The white pepper is the same black pepper that is allowed to ripe before harvesting. It means their harvesting is delayed a little longer than green and black pepper. They are in red while harvesting which is soaked in water for a week until its skin is soft enough to be peeled off. This is then dried which gives it a creamy white colour. The White pepper has a less fiery and pungent taste than black pepper and green pepper. It has an earthy and simple flavour. – Buy White Pepper.

The primary difference other than the colour of white, green, and black pepper is the kind of product itself. Though the black and green pepper are the unripe berries, the white pepper is the seed of pepper. The flesh of the ripe pepper berries is removed while peeling off the ripe pepper skin. In a nutshell, it is the sundried seed of the piper nigrum plant.

As the name suggests, the creamy white colour of this pepper makes it ideal for using it to season light coloured dishes and sauces. However, white pepper has a low shelf life and loses its flavour in a few months. Here are a few benefits of white pepper:

● White pepper does not have sodium like green pepper making it suitable for patients with high blood pressure.

● It is rich in Vitamin A, Vitamin C, and flavonoids which reduce your blood pressure and enhances the cardio health of patients with hypertension.

● White pepper has anti-inflammatory properties that cure any swelling that results from arthritis. This is why it relieves you from muscle cramps.

Due to the difference in their processing, the dehydrated green pepper has less aroma and pungency in comparison to black pepper. This reduces the overall spiciness of green pepper, unlike black pepper because of which green pepper is used for fish and poultry. Green pepper does not dominate the flavour of non-vegetarian food. Green pepper stored in brine has a life up to one month after opening the package. Make sure that you refrigerate it once the pack is opened. Let us now check the benefits of green pepper:

● It has sodium to regulate the amount of fluid flow in your bloodstream.

● Any food rich in fiber takes a long time to digest using more energy which leads to burning more calories. That is how fiber-rich food helps you in weight loss. Green pepper is a pack of fibers and will help you in losing weight.

● These are rich in antioxidants as it contains plenty of Vitamin A and C.

Where to find organic Black, White, and Dehydrated Green Pepper?

Irrespective of the type of pepper you use, the pepper has been spicing up human lives from the time of pharaohs and the Roman empire until the present time. Thottam Farm Fresh is the most reliable supplier of Black, White, and dehydrated green pepper as they source it from their farm or from the farmers who use organic practices to cultivate pepper if they run out of in-house pepper stock. They provide only premium quality organic products to ensure that each of you gets the authentic flavour of the real pepper from Malabar Coast in Kerala.