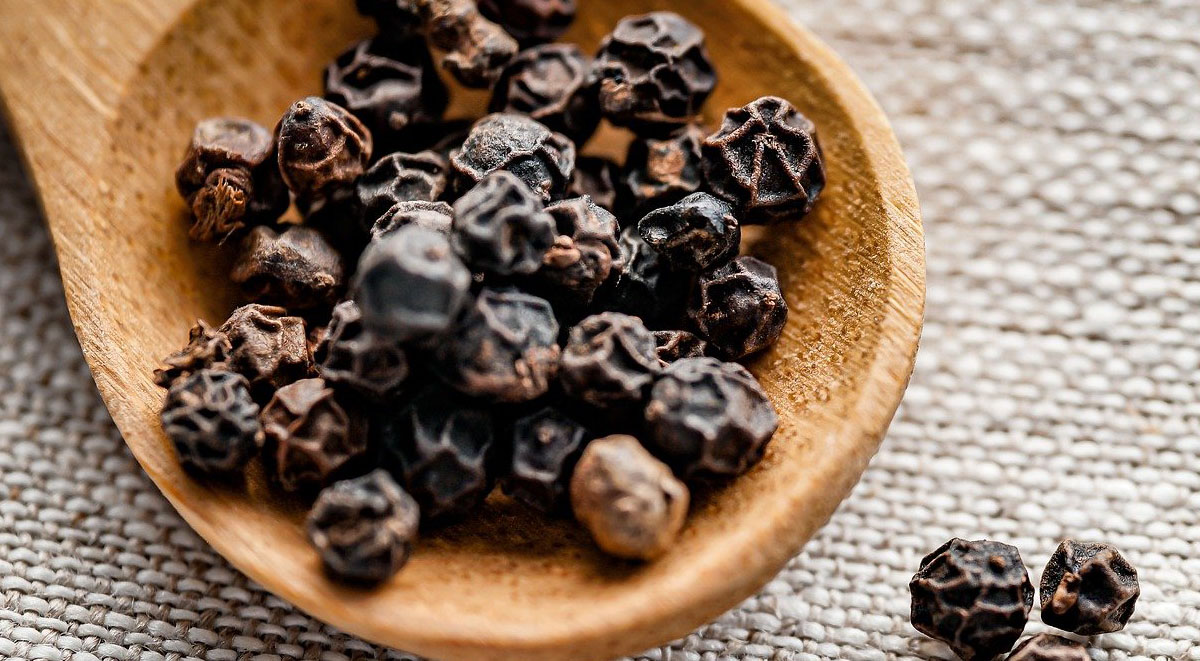 What is the history of the spice trade?

Why was black pepper so valuable? Malabar region to Europe

In ancient times, globalization started with the trade-in spices and the world’s most commonly used spice, Piper nigrum or black pepper. Black pepper was key to the formation and establishment of spice routes that are well-known around the globe today.

Pepper Varieties And Uses Of Pure Black Pepper Over Decades

The varieties of pepper include black pepper, white pepper, green pepper, red peppercorns, pink pepper, and some others. Among these varieties, the pepper that is produced from the Piper nigrum plant and sun-dried to produce black peppercorns is the most commonly available spice in the world. 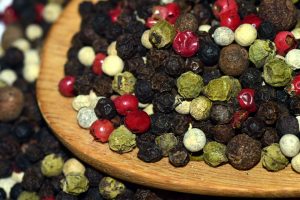 Black peppercorns can also be dried to prepare pepper essential oils which are used to make a multitude of beauty products and medicines. Additionally, black pepper essential oil can be produced by the steam distillation of black peppercorn which can be used for aromatherapy and various other purposes. Additionally, pepper oil can also be made use of as an effective ingredient in ayurvedic massage oils as well as in certain herbal beauty procedures and treatment.

Strong archaeological evidence suggests that the pepper trade seemed to take place from India to Egypt and other countries even back in 2000 B.C.

Dating Back To B.C. 30 For The Malabar Black Pepper Prominence

The Malabar Coast in India was renowned for its spice commodities that were valuable for trading. Around 30 B.C, the Roman Empire invaded Egypt and thus got access to the Malabar Coast. It is quite interesting to note the importance black pepper had among other spices in this era when you read that around 3000 pounds of black pepper were demanded as ransom including other valuables like gold, silver, and tunics for freeing Rome from the captivity of the Huns!

According to a document by Strabo, a Roman geographer in 410 AD, a fleet of 120 ships were sent sailing for a period of around a year to countries like China, India, and South-East Asia. The route they took on their return was up the Red Sea and then through the land to Egypt with the cargos of the black pepper spice which was then shipped to Rome. These were the routes for black pepper trade from the Malabar Coast to Europe for centuries. 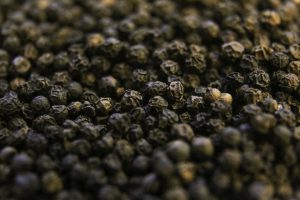 Black pepper, also called the Black Gold, was undoubtedly the most precious tradable spice. Black pepper was highly precious and the most sought-after spice in those times and even became the reason for rivalry between Portugal and Spain over the ownership of the Black Gold spice trade with the East. 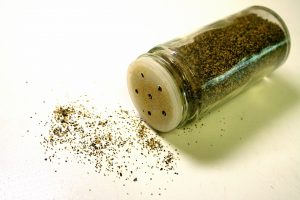 In the mid-15th century, Prince Henry who was also a navigator made all possible efforts to get access to all the spices in the East. At this time, Vasco Da Gama, the Portuguese explorer was enrolled to sail to India for the same purpose.

Being the world’s most traded spice, black pepper from the Peiper Nigrum plant is from the family namedPiperaceae. It is cultivated to obtain its fruit known as a peppercorn, which is harvested and processed, then used as a spice for culinary purposes.

Pure Black pepper is the dried unripe fruit which is most commonly ground, dried, and powdered to be used as a spice. It contains a chemical compound named piperine that is responsible for the spiciness in black pepper. The prominence of the black pepper spice is quite evident from its presence on nearly all dining tables in the form of shakers!

Known to the history of mankind since 2000 B.C, and later on used as currency, black pepper is the world’s most widely traded spice and accounts for 20% of all the spice trade.

Although native to South India, Vietnam is now the largest producer as well as exporter of black peppercorns. The importance of black peppercorns dates back to when this spice was treated as a high-priced trade commodity which was often known as black gold and also because of its use as a form of commodity money.

Pure Black pepper is highly rich in antioxidants and is essential in the preparation of various well-seasoned, rich-flavored, and spicy Indian cuisines. Black pepper is an ineludible spice that not only enhances the taste and flavor of dishes but is used in seasoning as well. It is also rich in antioxidants, as well as anti-inflammatory, and anti-bacterial properties.

High-quality Malabar black pepper is renowned for adding flavor and spice to dishes. Visit www.thottamfarmfresh.com to buy Malabar Black Pepper of the finest quality in the world.

What is the history of the spice trade?

Why was black pepper so valuable? Malabar region to Europe In ancient times, globalization