Honey and cinnamon have been long-standing in the limelight when it comes to being the 2 most powerful kitchen ingredients as well as ingredients used in traditional medicine such as Ayurveda, and beauty benefits. Pure honey has been widely used as a natural sweetener, food, and medicine. Cinnamon, on the other hand, is a spice that is taken from the bark of the Cinnamomum tree.

Honey is available in its purest form and is a source of natural antioxidants, vitamins, and minerals and cinnamon derived from the barks of its trees are dried and form curls, commonly known as cinnamon sticks and are also available in its powdered form.
Ceylon cinnamon vs cassia

What Does Cinnamon Do To Your Body?

According to a Hong Kong study, natural cinnamon ranks number 1 out of the 26 most popular herbs with respect to its antioxidant content. This flavored spice consists of phenolic compounds and flavonoids that are well known for its anti-inflammatory, antidiabetic, anticancer, cardioprotective, and other medicinal properties.

Modern research states that cinnamon may also help in treating flatulence, menstrual cramps, diarrhea, constipation, inflammation, and a multitude of other health issues. 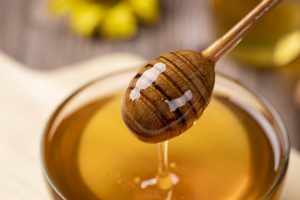 Pure and unpasteurized Honey is best when sugar or other artificial sweeteners are replaced with it. This liquid gold called honey comprises amino acids and possesses antibacterial and antifungal properties.

Pure honey is also known to fight infection, reduce inflammation, and treat wounds. It is also known to boost your energy levels, immunity, and also in improving your scalp health. Additionally, honey can treat allergies and a wide spectrum of diseases.

How Can You Consume Cinnamon With Honey For Best Results

Add a pinch of cinnamon powder to a glass of lukewarm honey water. Take it in the mornings, especially in the cold seasons. Drinking cinnamon and honey mixture will also help clear your sinuses.

Take cinnamon powder and honey mixture and make it into a paste. Spread this on wheat bread and include it in your breakfast for a healthy start.

: Mix equal parts of cinnamon powder and honey and apply the mixture to the affected area. You can also add a little bit of apple cider vinegar for better results.

Honey And Cinnamon: A Miracle Cure

Also known as a miracle cure, the combination of honey and cinnamon boosts your immunity system, regulates blood sugar levels, combats allergies, reduces risks of various types of cancer and cardiovascular diseases, and can also aid in weight loss.

It is also important to know how to consume cinnamon with honey to improve your health and combat infections and diseases. It should be remembered to use any food with caution as an overdose of anything is not healthy.

Not every source of data is true, so we present to you the true health benefits of cinnamon with honey, which is backed by Science. 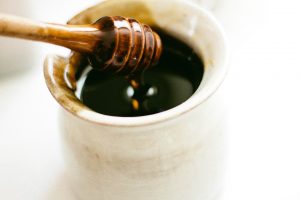 Though there have been talks around the benefits of cinnamon in treating irritable bowel syndrome, polycystic ovary syndrome, and premenstrual syndrome, there are some major health benefits that have been backed by Science.

According to NCBI reports, Cinnamon and honey are backed by science in offering the following health benefits:

Cinnamon mainly is composed of vital oils and various other derivatives, such as cinnamaldehyde, cinnamic acid, and cinnamate. On the other hand, pure and raw honey possesses a low hypoglycemic index and this helps regulate blood sugar levels in your body. A combination of honey and cinnamon thus offers multiple health benefits by keeping blood sugar levels under control.

As An Immunity Booster: 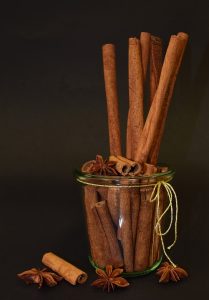 Cinnamon also acts as an anticancer, lipid-lowering, as well as a compound that lowers cardiovascular diseases. Various flavonoids derived from cinnamon possess free-radical-scavenging activities and antioxidant properties. A combination of both honey and cinnamon may thus reduce the risks of various types of cancer.

Polyphenol antioxidants present in honey and cinnamon improve blood flow to the heart and prevent blood clots, lowering your risk of heart attack and stroke. A combination of both honey and cinnamon can reduce inflammation and since chronic inflammation is a key factor in the development of heart issues, this combination can be an effective drink for preventing heart diseases.

Cinnamon is also added to flavor chewing gums due to its mouth refreshing effects and the ability to remove bad breath.

Cinnamon has antibiotic properties and so does honey. When combined, the mixture can heal diabetic foot ulcers that can be affected by antibiotic-resistant bacteria.

The combination of honey and cinnamon can control sugar spikes by reducing triglycerides, which are a type of fat in the blood, and are a great choice for diabetics.

For the best health results, use pure and raw honey with organic and natural cinnamon sticks. Grab your ingredients for the elixir health mix now.