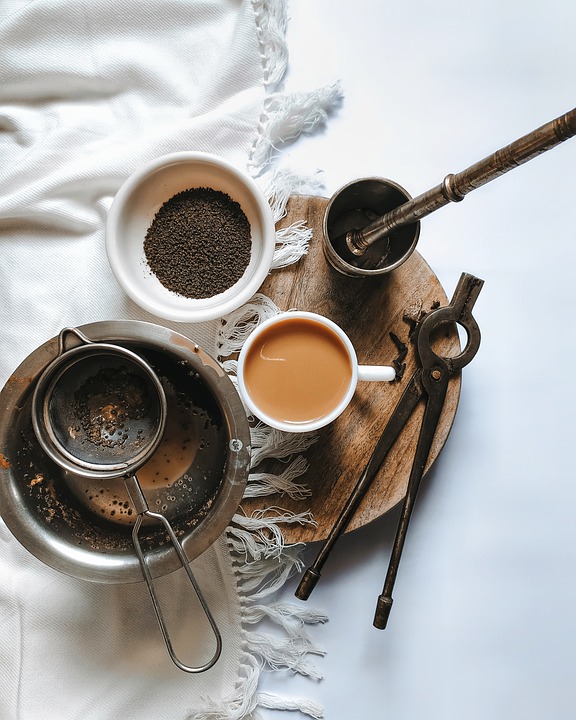 Chai, as we call it, or Masala Tea as it is known to the rest of the world is an invaluable part of the life of most Indians. It is, without doubt, one of the most famous beverages throughout India. You could find it in every corner of the country due to its immense popularity and ease of convenience in preparing it. It has also gained acclaim throughout the world for its distinct aroma and complex flavour.

Masala tea is produced by brewing black tea along with aromatic spices and herbs such as ginger, cloves, cardamom, etc. Milk, cream, and sugar are excellent additions that are usually mixed with tea for consumption. The spices that makeup masala tea are varying spices of different proportions. Most commonly the masala chai uses spice mixtures containing two spices ground ginger and green cardamom pods. Various other spices are added to this mixture such as fennel seeds, peppercorn, cinnamon, star anise, cloves, and nutmeg. Green cardamom is a vital ingredient that plays a significant role in most variants of masala tea. Ginger or cloves are added usually to induce heat to the flavour. Buy masala tea from reputed vendors to get true authentic masala tea of the highest quality 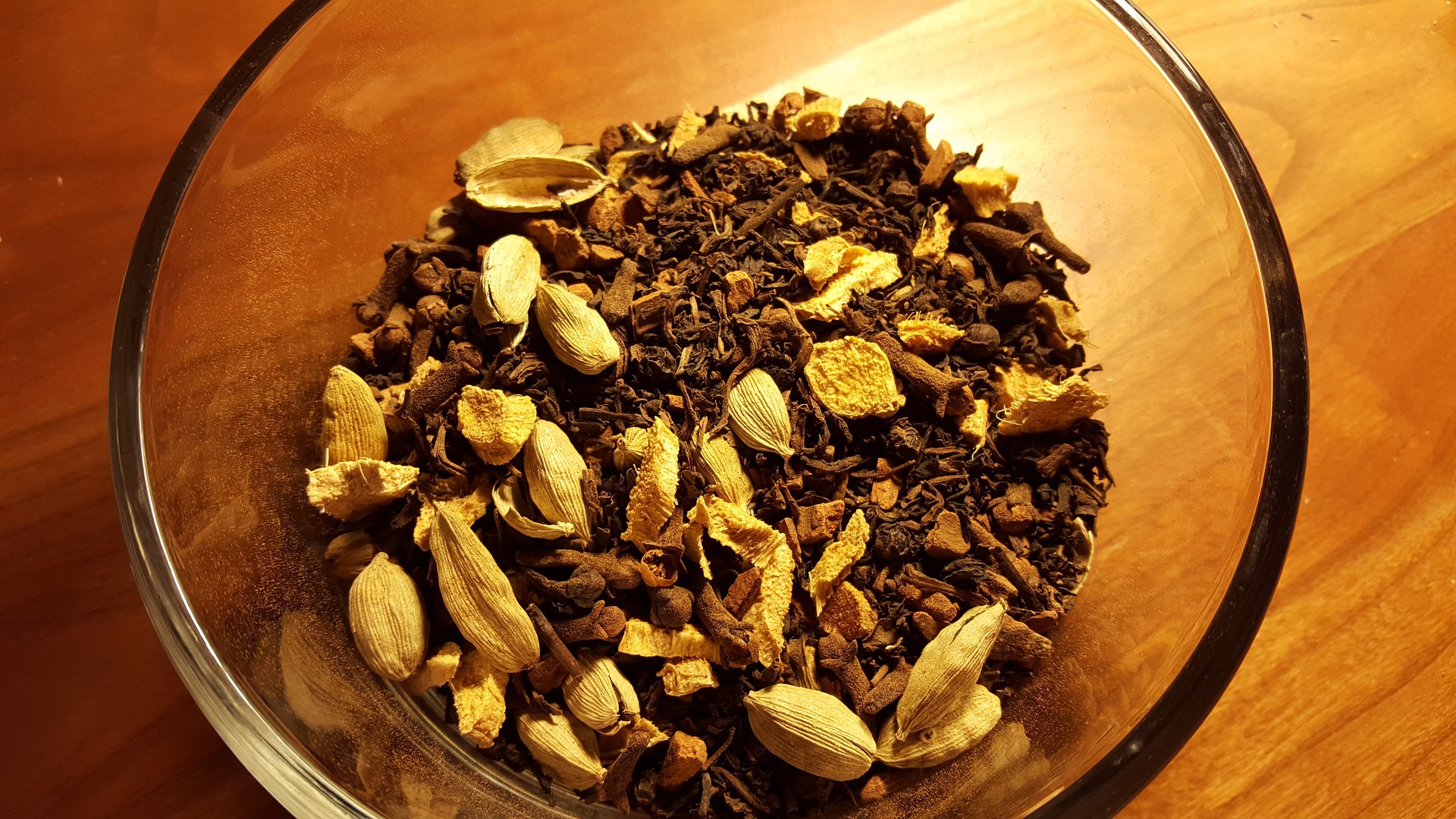 The combinations or compositions of spices that make up the flavour of masala tea differ from region to region. For example, in western India, cloves and black pepper are not added to prepare masala tea. In Bhopal, a pinch of salt is added to the tea. In Kashmir, green tea is used in place of black tea to include a more subtle flavour of other flavourings such as almonds, cloves, cinnamon, etc. In the west, allspice is often sprinkled into the tea mixture as a substitute or a replacement for cinnamon and cloves. In the west, the beverage gained popularity when sugar and milk were combined with it to suit the tastes of the western palate. Buy masala tea and combine it with the spices of your choice to create a refreshing and tasty beverage. Let us look at some of the interesting things about masala tea that you may not have known about.

1.The History of Masala Tea

The masala tea otherwise known as masala chai translates to spice tea. The true origins of masala tea are unknown but it is believed to have originated around 5000 years ago by an emperor of China who saw tea leaves brewing in his hot water. Interested by this, he tasted it and fell in love with it and this is how tea was discovered. Tea drinking was said to have begun in the Yunnan region during the Shang dynasty in China where it was used mainly for medicinal purposes. Another point of origin debated by historians is the tale of King Harshvardhana of the Gupta empire, a philanthropist who developed chai to get through the long hours of courtroom audiences and discussions. This habit was spread then to the common people who discovered and popularized masala tea. Buy masala tea and own a brew that tells a story rich in culture and heritage.

2.The Different Varieties of Masala Tea in India

In India, you can find different variants of tea that are produced in different states due to the flavour preferences that vary from state to state. Tea is generally divided based on where it grows and how it is processed. There are several varieties of masala tea in India such as Darjeeling Tea, Terai tea, Assam tea, Munnar tea, Nilgiri tea, Karnataka tea, Kangra tea, etc. Masala tea requires a lot of moisture in its growth hence why the rule of thumb is that the wetter the area, the better is the tea. This is why the masala tea grown in the foothills of the Himalayas and the northeastern regions of India is regarded as the best variant of tea. Buy masala tea from reputed vendors who source it from authentic farms,

It is estimated that masala tea has around 60 calories which is not a lot when compared to other forms of beverages. For example, a cup of coffee has up to 1200 calories and soft drinks such as Pepsi, Coke have around 190 calories. You can even further reduce the number of calories if we drink it with unsweetened milk or by not adding any sugar. You can even use healthier sweeteners such as jaggery, stevia, yacon syrup, etc. Masala tea also contains just 40mg of caffeine as opposed to coffee which contains around 120 mg of caffeine. Caffeine helps in stimulating the central nervous system which helps people stay awake and be active in their daily lives. Intake of caffeine should be carefully monitored as it can get addictive and affect your mood and stamina negatively. Buy masala tea and consume it in moderation to drink a beverage that is tasty and healthy. 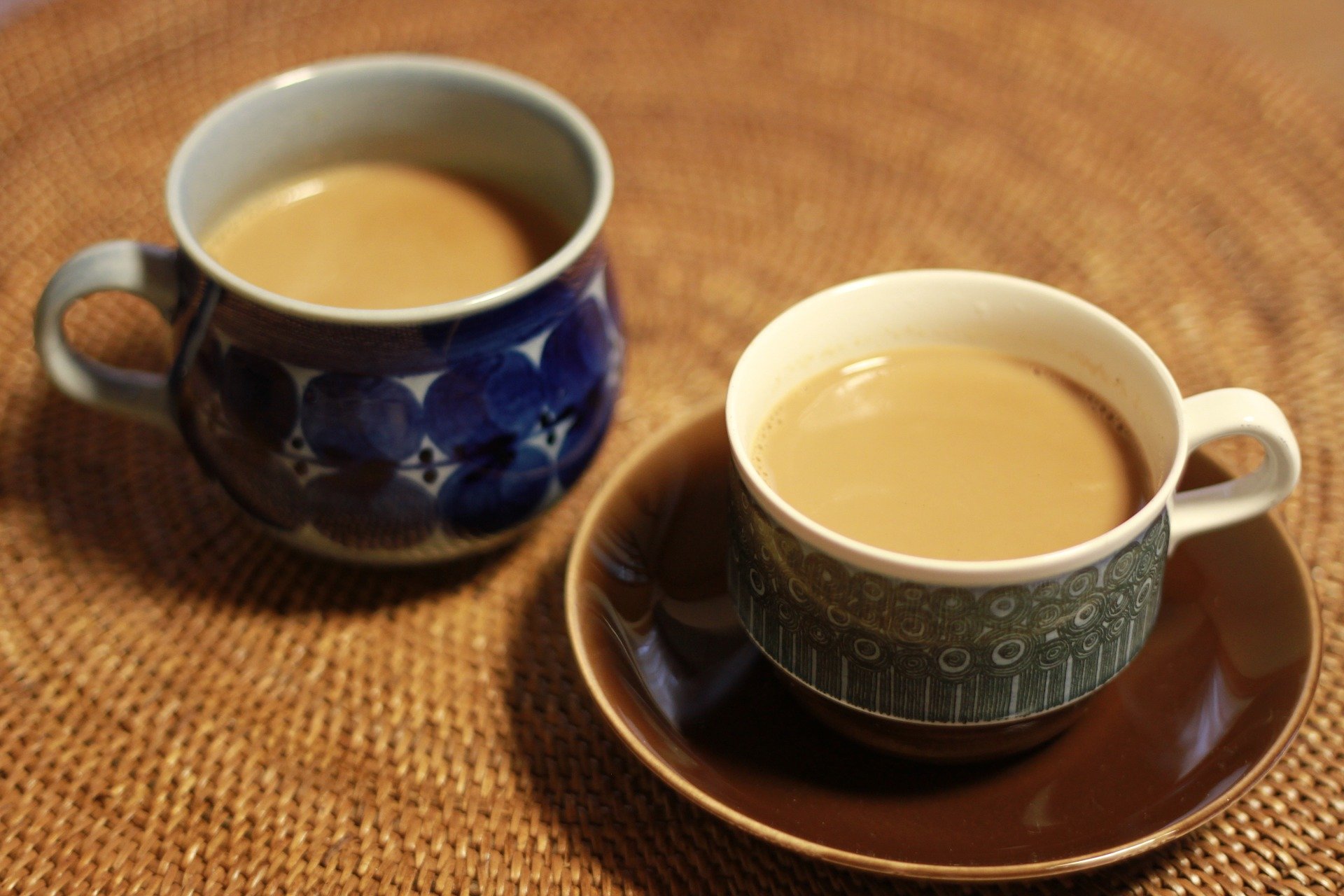 India is a large producer of masala tea in the world. India ranks second just below China in the total production of tea around the world. Seventy percent of the masala tea that is produced in the country is consumed within the country itself. India produced around 1,208,780 tonnes of tea whereas China produces 1,804,655 tonnes of tea. Both these countries have a long history revolving around the cultural attachment they share with the beverage. Buy masala tea and store it in appropriate conditions so that it lasts for a long time.

The spices that make up the blend of masala tea provide several health benefits to an individual. Therefore masala tea is a host of several nutrients and medicinal properties that can protect and fight against several common diseases and ailments. Masala Tea is an excellent source for regulating the digestive system and promoting gut health. It is also helpful in alleviating nausea. The spices found in masala tea can alleviate common aches and help with severe pain such as arthritis. They can also help reduce depression and diabetes over a period of time. Buy masala tea and incorporate it into your daily diet to avail its numerous health benefits.