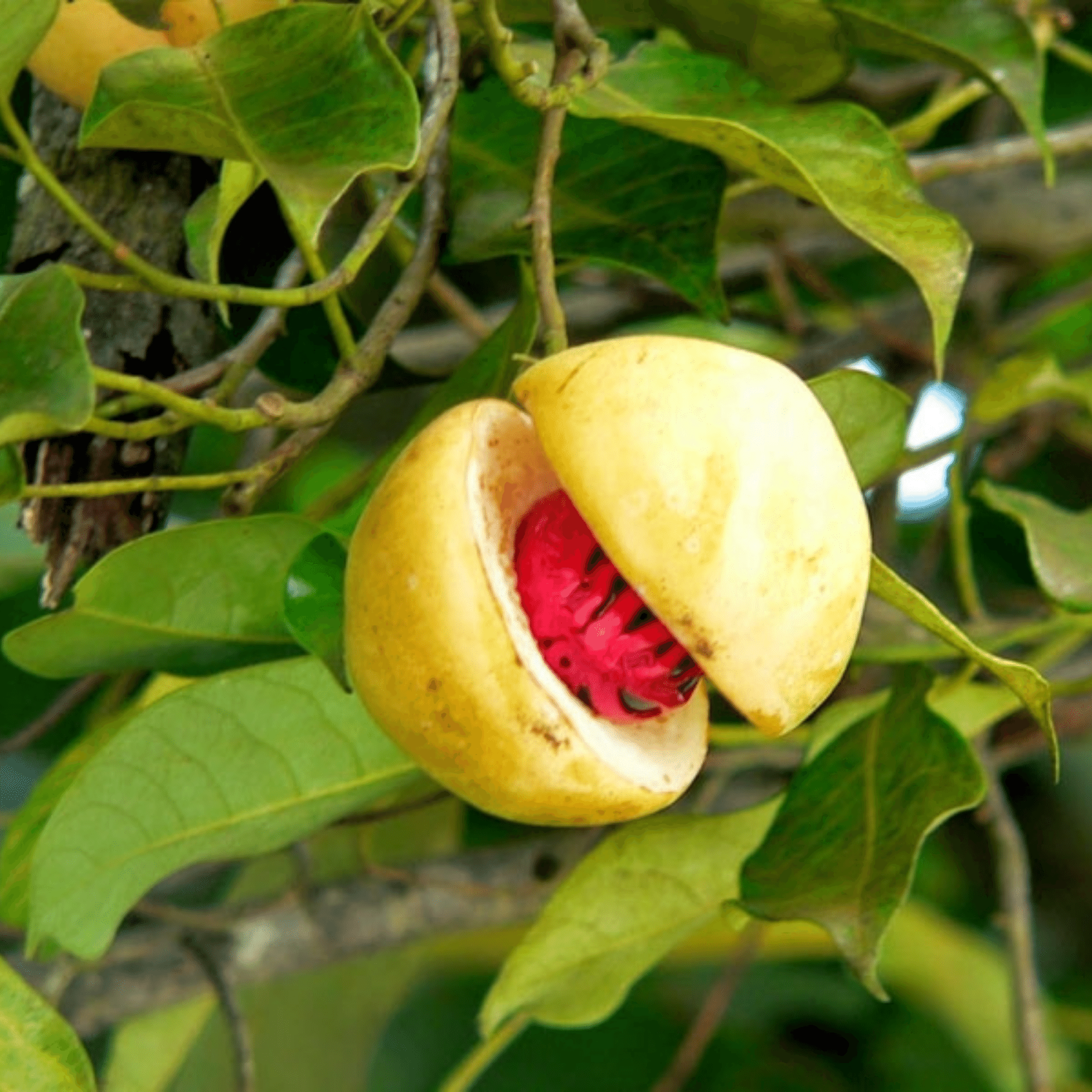 Nutmeg and mace are the results of the same fruit of the nutmeg tree that is scientifically classified as Myristica frangrans. Mace is considered a native of Indonesia and some Caribbean islands, particularly Grenada. Nutmeg is recognized as the national symbol of Grenada and it also appears on the country’s flag. The nutmeg is the oval-shaped fruit and mace is the bright red webbing-like texture that surrounds the shell of the pit. The mace is removed and then ground into a powder that is bright red in color. The mace can then be kept for drying at which point it gradually changes its color to a golden brown. It thrives in its growth in places with warm humid climates and soils ranging from sandy to red laterite surfaces with ample drainage.

The color of the spice can help indicate the origin of where it came from. Orange or bright reddish blades of mace tend to be from Indonesia. Orange or yellow blades of mace are more likely to have come from Grenada. It is famously known as “Jathikka” in Malayalam and “Javitri” in Hindi. The aroma of mace is mildly nutty and warm while the flavor is predominantly sweet with a hint of strong bitterness towards the end. Its flavor has been compared to that of a combination of cinnamon and pepper or a mix of nutmeg and cinnamon. It is imperative that you buy javitri from reputed vendors to maximize the quality of the spice that you purchase. Here are five interesting things you might not have known about this infamous spice. 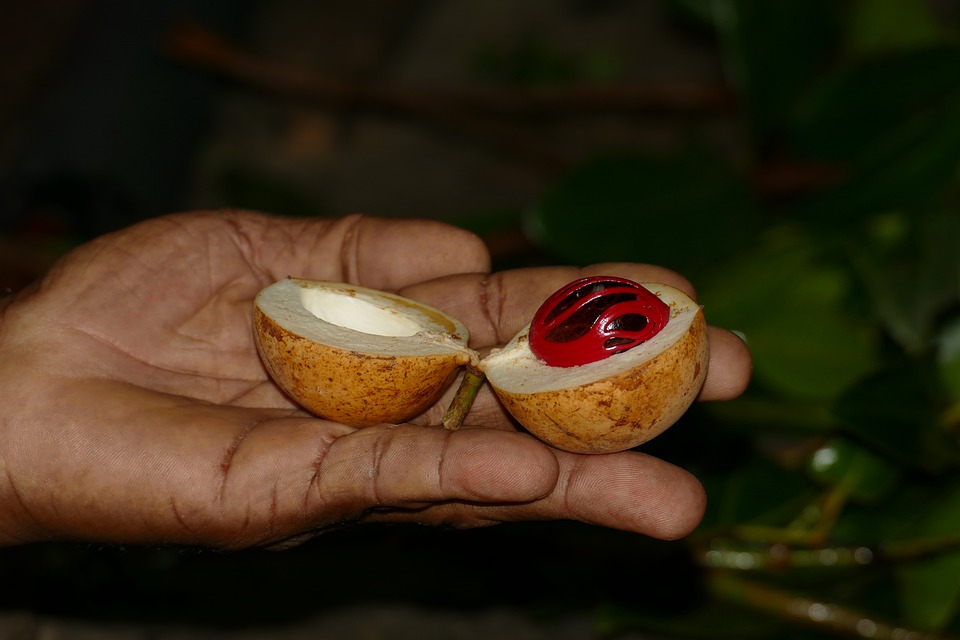 History has taught us that until the 18th century, the only source of mace and nutmeg in the world was in the area known as Indonesia. When the Dutch captured and took control of this particular area, mace and nutmeg were considered among its most treasured prizes. The Dutch knew that these spices didn’t grow elsewhere and proceeded to establish and control one of the most rigid monopolies the world had ever seen. A popular legend has it that there was a Frenchman who started the erosion of the Dutch empire by smuggling seedlings out of the East Indies. Fiction or not, it was a fact that a series of transplantings did occur and several other areas began producing this spice that ultimately eroded the control of the Dutch over the spice trade. Buy Nutmeg Mace to combine and create delicious items of your choosing in the kitchen.

Mace has been used primarily in baking and has been the dominant flavor in items such as doughnuts. It is also used to bake desserts such as cakes, cookies, puddings, ice-creams, pastries, sweet pies, etc. It is also added to several savory dishes such as potatoes, sausages, meat-based dishes, egg dishes, pumpkins, yams, and stuffings. Buy javitri from your everyday groceries or supermarkets to enjoy the distinct flavor it adds to your favorite dishes.

3. Mace combines well with other spices

Mace is popular in several cooking styles and cuisines around the world because of its signature flavor and distinct aroma. Another aspect that is appreciated and utilized by chefs and home cooks around the world is its ability to combine very well with other spices in creating several delicious dishes. Nutmeg mace works well with spices such as cinnamon, cardamom, cloves, coriander, cumin, vanilla, thyme, pepper, etc. Mace can be mixed with these other spices to create sweet and savory dishes alike. It is always interesting to learn and utilize spices to create our own recipes. So buy javitri and combine it with other spices when you make your favorite dish to enjoy the trademark flavor of mace. 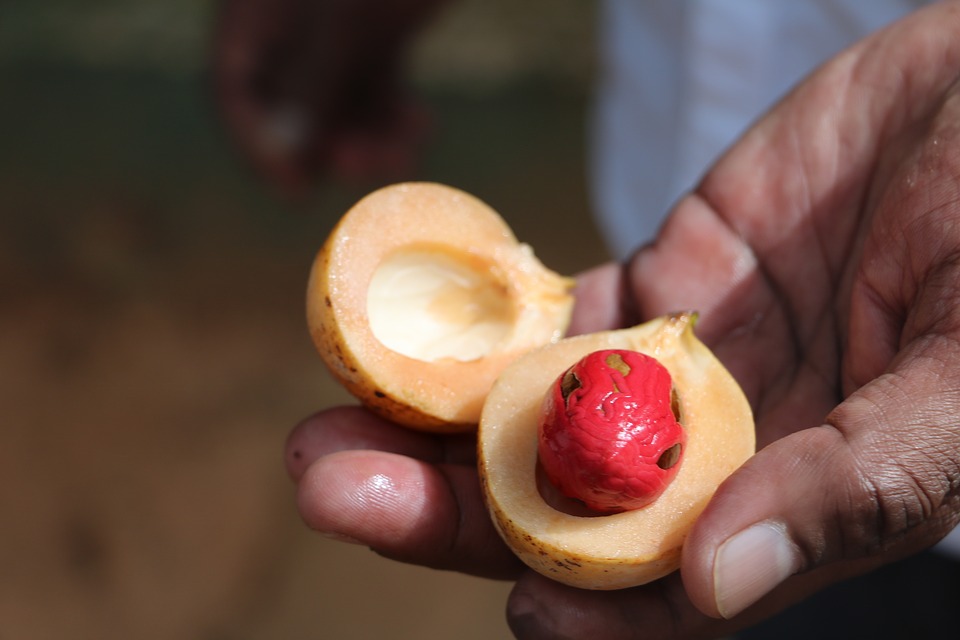 4. Other uses of mace

Besides being used as a culinary tool around the world, mace has also been used as a traditional medicine for alleviating digestive issues such as constipation, gas, and bloating. A tea made from a mixture of nutmeg mace and cream is often prescribed by doctors in improving digestive health and relieves indigestion and stomach ulcers. Nutmeg mace contains volatile oils such as myristicin, eugenol, and elemicin which improves memory and spatial navigation. Mace also helps in dealing with consistent pain that accompanies chronic conditions such as cancer, inflammatory diseases, and diabetes as the oil derived from the mace is an analgesic and a chronic pain reliever. Mace also contains a variety of nutrients such as copper, vitamin B6, calcium, and dietary fibers which are essential for the healthy functioning of the body. Buy javitri to gain all these necessary health benefits to facilitate a better standard of life for yourself.

5. Mace can be substituted with other spices

It might be surprising to learn that ground allspice is the closest substitute for nutmeg mace. They both have a similar flavor profile but grounded allspice is much stronger in its flavor. So reduce the recipe amount by half and then add more when and if needed. Nutmeg is also a close substitute for mace although the flavor of nutmeg is slightly stronger. It is best to use a slightly smaller amount of nutmeg when the recipe calls for a particular amount of mace. Buy javitri from your local groceries or reputed online vendors to enjoy its various health benefits and utilize its distinct culinary output.